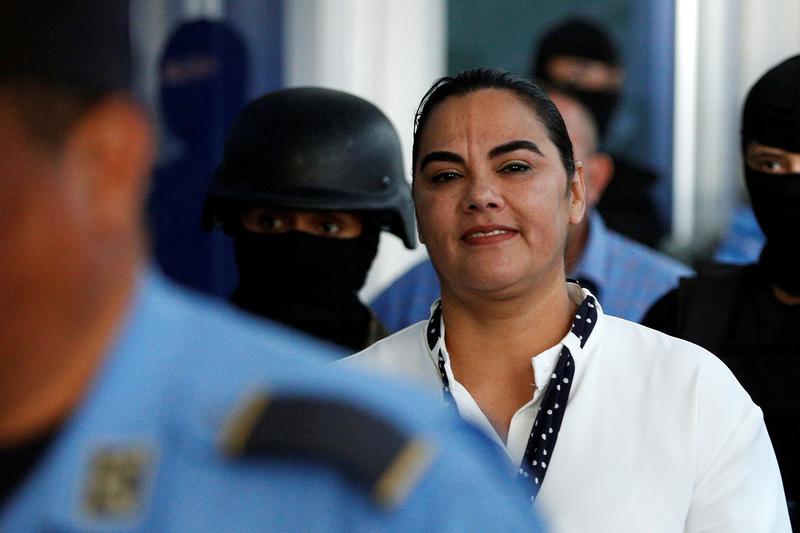 Rosa Elena Bonilla was found guilty of diverting some 18.3 million Honduran lempiras ($779,000) in public funds plus international donations that were originally earmarked for social programs. The funds were then used to pay for personal medical bills, building projects, her children’s private school tuition and jewelry.

The conviction carries a sentence of between 58 years and 87 years, which will be set next week, according to court spokesman Carlos Silva.

The case was pushed by local prosecutors as well as the Organization of American States’ Mission to Support the Fight against Corruption and Impunity in Honduras, known locally as MACCIH.

Bonilla’s husband, Porfirio Lobo, was elected president of the Central American nation in late 2009 after a military coup ousted then-President Manuel Zelaya, and he served until 2014.

Arrested on the graft charges early last year, Bonilla was charged with operating a network from 2011 to 2015 that cashed over 70 checks purporting to be legitimate transactions that in part were meant to purchase shoes for poor students.

Instead, the funds were given to Bonilla’s accomplices in the scheme who were paid a small commission.

A lawyer for Bonilla said she will seek to overturn the conviction.

“The former first lady Rosa Elena Bonilla is innocent (and) we’re going to appeal this ruling,” said defense lawyer Juan Berganza, adding that the conviction was marred by procedural violations.