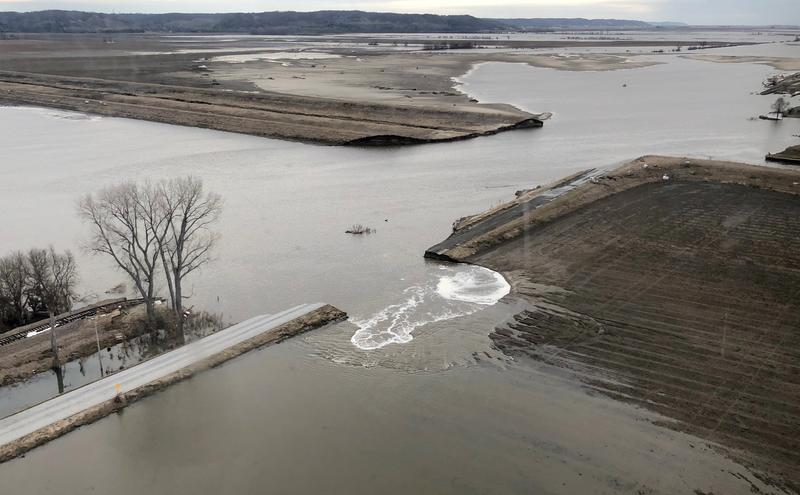 CHICAGO (Reuters) – U.S. farm incomes in the Midwest and Mid-Southern states declined yet again in the second quarter of 2019, as record floods devastated a wide swath of the Farm Belt, according to banker surveys released on Thursday by the Federal Reserve Banks of St. Louis and Kansas City.

Nearly two-thirds of the bankers surveyed by the St. Louis Fed said a majority of their farm customers were either significantly or modestly impacted by the flooding and other adverse weather earlier this year.

But in parts of the Midwest, federal trade-related aid to farmers and corn prices rising this spring due to the wet planting conditions slowed the pace of that income drop, according to bankers surveyed by the Kansas City Fed.

“These developments may have led to less pessimistic expectations about farm income in coming months,” the Kansas City Fed wrote in its survey.

The floods added more pain on farmers who have also been hurt by low crop prices and the trade war between Washington and Beijing, which has slashed shipments of U.S. agricultural products to China. The floods also battered earnings for global grain traders Cargill Inc and Archer Daniels Midland Co (ADM.N), as heavy rains halted barge traffic on the Mississippi River, disrupted cattle shipments and caused some plants to be shuttered.

The weaker income trend is expected to continue in the third quarter, dragged down by the ongoing trade fight between the United States and China, problems with crop production and depressed commodity prices, bankers in the Eighth District said.

Farm household spending and farm capital expenditures also were lower for the quarter for the Eighth District, compared with a year earlier, raising concerns about potential ripple effects overall on rural communities.

But bankers there said they did expect such belt-tightening to ease in the third quarter, as farmers prepare for the fall harvest season.