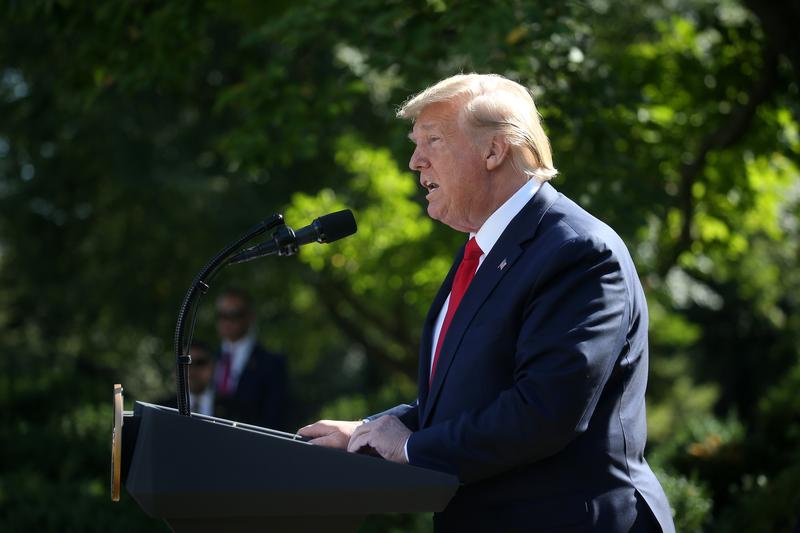 U.S. President Donald Trump speaks during an event to officially launch the United States Space Command in the Rose Garden of the White House in Washington, U.S., August 29, 2019. REUTERS/Leah Millis

WASHINGTON (Reuters) – U.S. President Donald Trump abruptly called off a weekend trip to Poland on Thursday, saying he wanted to stay home and make sure the federal government is prepared for a looming hurricane headed for Florida.

Trump, who returned to the White House on Monday after a Group of Seven summit in France, announced that Vice President Mike Pence would take his place for the trip to Warsaw, intended to mark the beginning 80 years ago of World War Two.

“The storm looks like it could be a very, very big one indeed,” Trump said in the Rose Garden during an event to officially establish the U.S. Space Command.

Hurricane Dorian, projected to become a Category 4 storm, appeared to be on a track to hit Florida, with his own Mar-a-Lago club in Palm Beach on the Atlantic Coast possibly in its path.

Trump had already canceled a visit to Denmark that was to have been combined with the Poland stop. He said last week he was postponing the trip to Denmark after the negative response from that country about his idea for the United States to purchase Greenland.

Dorian was predicted to have winds reaching 130 miles per hour (209 km per hour) in 72 hours, the Miami-based National Hurricane Center said on Thursday.