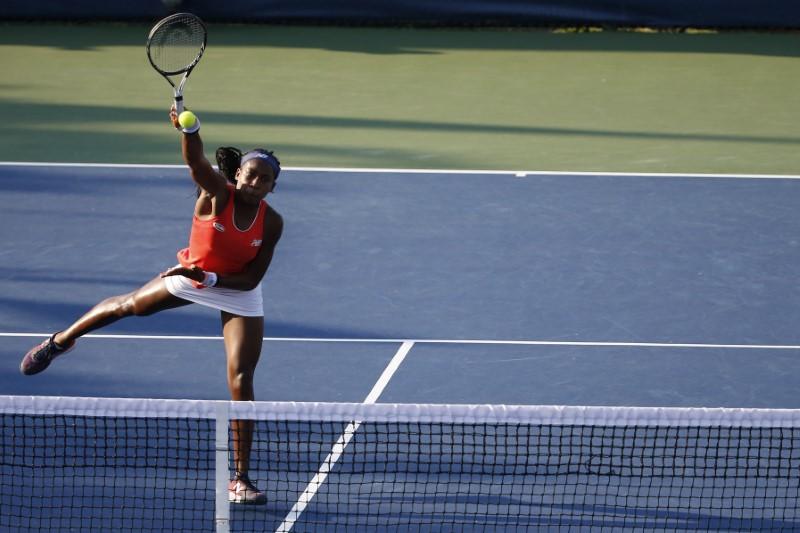 (Reuters) – American teenager Cori “Coco” Gauff and former champion Samantha Stosur were among players to be given wildcards into the main draw of the U.S. Open starting later this month, organizers said on Tuesday.

Gauff, 15, stunned players and fans alike when she made her debut in the main draw of a Grand Slam at this year’s Wimbledon, reaching the fourth round where she was beaten by eventual champion Simona Halep.

Gauff, the youngest finalist in the girls’ singles event at the U.S. Open in 2017 aged 13, is one of five teenagers given wildcards at Flushing Meadows.

Americans Caty McNally, Whitney Osuigwe and Katie Volynets (all 17) and France’s 16-year-old Diane Parry, who became the youngest player this decade to win a main-draw match in the French Open in May, also received them.

Australia’s Stosur, U.S. Open champion in 2011, will be making her 15th appearance in the main draw. The 35-year-old, who last reached a Grand Slam singles semi-final in 2016 at Roland Garros, was also a doubles champion in New York in 2005.

“Parry and Stosur earn their entry via the USTA’s reciprocal wildcard arrangement with the French Tennis Federation and Tennis Australia,” organizers said in a statement.

The 26-year-old, who was sidelined for six months after sustaining a thumb injury at the Australian Open, is looking to maintain his streak of playing in every U.S. Open main draw since 2010.