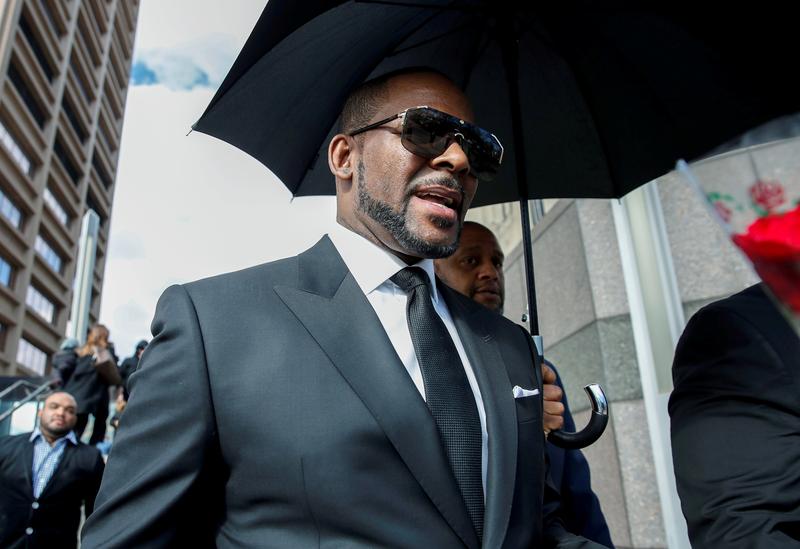 NEW YORK (Reuters) – Singer R. Kelly pleaded not guilty in New York on Friday to charges that he ran a criminal scheme in which he recruited women and underage girls to have sex with him, isolating them and often controlling what they ate and when they went to the bathroom.

One of Kelly’s lawyers, Douglas Anton, entered the plea to charges of racketeering and sex trafficking before Magistrate Judge Steven Tiscione in federal court in Brooklyn.

Kelly, dressed in blue and orange jail clothes, greeted the judge and answered “yes” when asked if he understood his rights. He was otherwise silent.

The audience in the packed courtroom included more than a dozen supporters of Kelly, one of whom wore a T-shirt that said “Free R. Kelly.”

Federal prosecutors in Brooklyn say that Kelly and his entourage invited women and girls backstage after concerts, kept them from friends and family and made them dependent on him financially.

Anton had said in a court filing on Wednesday that Kelly’s fans were “dying to be with him” and that the charges amounted to “groupie remorse.” here

The singer, 52, known for such hits as “I Believe I Can Fly” and “Bump N’ Grind,” was arrested in Chicago last month on the Brooklyn charges and a separate set of charges brought by federal prosecutors in Chicago.