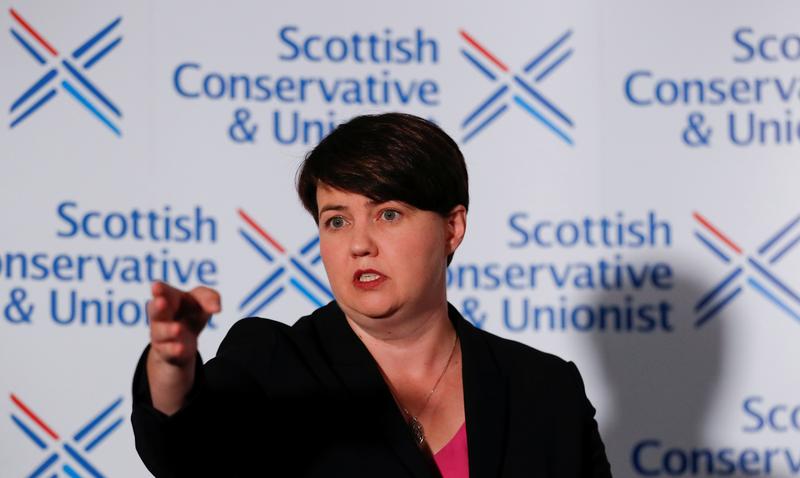 LONDON (Reuters) – Ruth Davidson quit as leader of the Conservative Party in Scotland on Thursday, saying she could no longer juggle the demands of being a politician with family life and after doing everything she could to mitigate the risks of Brexit.

The 40-year-old led a resurgence of the Conservatives in Scotland during her eight years in charge, providing a counterweight to Nicola Sturgeon’s Scottish National Party and winning key seats to help the party retain power in Westminster.

Davidson, who had backed Remain in the 2016 European Union referendum, said she would continue to support the party, the prime minister and Scotland’s place in the United Kingdom.

She urged lawmakers in London to work towards a Brexit deal, and said she supported Prime Minister Boris Johnson’s efforts to that end.

Johnson has said Britain will leave the European Union with or without a deal on Oct.31, and on Wednesday he enraged opponents by limiting parliamentary time to halt no deal.

“While I have not hidden the conflict I have felt over Brexit, I have attempted to chart a course for our party which recognises and respects the referendum result, while seeking to maximise opportunities and mitigate risks for key Scottish businesses and sectors,” she said in a letter to the chairman of the Scottish party.

She added that “having tried to be a good leader over the years, I have proved a poor daughter, sister, partner and friend”.