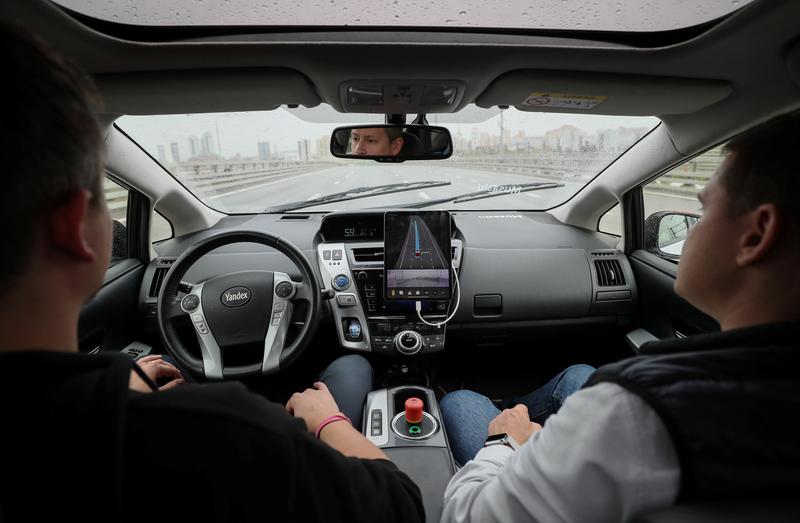 MOSCOW (Reuters) – Yandex, a Russian equivalent to Google, said it is considering expanding its fleet of self-driving cars to up to 1,000 within the next two years in order to speed up tests on the fledgling technology.

An interior view shows a self-driving car owned and tested by Yandex company during a presentation in Moscow, Russia August 16, 2019. REUTERS/Evgenia Novozhenina

Yandex hopes to start testing more than 100 of its self-driving cars on roads by the end of this year. It already has a fleet of 90 cars, 35 of which are being tested on Moscow’s roads with a Yandex engineer present.

“We plan to further increase the fleet, by as much as even a thousand cars. We can produce the first thousand cars fairly quickly within one and half and two years,” Dmitry Polishchuk, head of Yandex’s self-driving car division, told Reuters in an interview last week.

“This is needed to check changes quickly in the algorithms we are making,” he said.

Research published by HSBC bank in January said that Yandex’s autonomous driving software put it on a par with global leaders in the technology and that it was catching up with Google’s Waymo.

Yandex has not disclosed how much it has invested in self-driving technology, but Polishchuk said a single car cost 6.5 million roubles ($98,000). He said the price had fallen from the 9.5 million it had cost to build the company’s first prototype.

Yandex began working on driverless technology in 2016 and tested its first cars in 2017. The cars are currently being tested in Russia’s Skolkovo and Innopolis tech parks. The firm also obtained a licence to test driverless transport in Israel last year.

Yandex, with over 30 offices globally, has been listed on the NASDAQ since 2011. Its services include food delivery and a ride-sharing business with Uber in Russia, Armenia, Azerbaijan, Belarus, Georgia and Kazakhstan, among other countries.

Polishchuk said the company was looking into the possibility of carrying out tests in the United States where he said legislation was the most progressive.