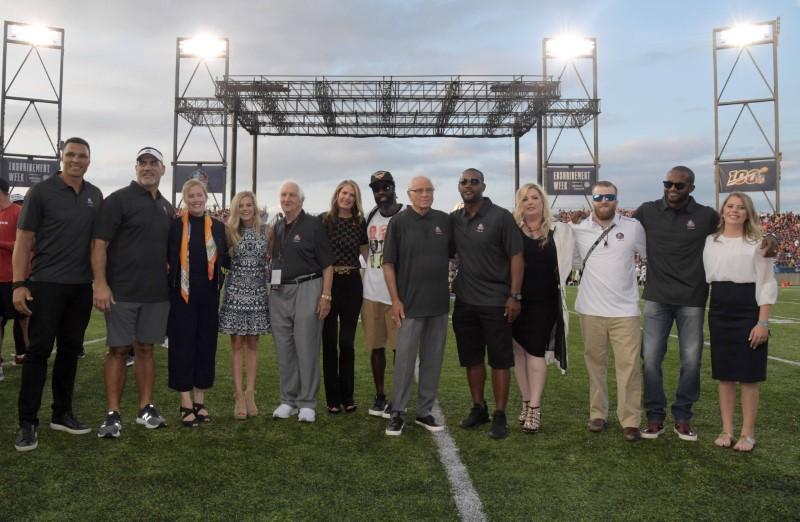 Ed Reed was considered the premier safety in the NFL during his career. On Saturday, the former Baltimore Ravens ballhawk takes his place among the all-time greats at the Pro Football Hall of Fame.

“It’s a lot to think about,” Reed said of his Gold Jacket moment to come on Saturday, when many anticipate the influential leader will use the stage to discuss football memories and the social issues that drive his post-football passion.

A nine-time Pro Bowl pick and the 2004 Defensive Player of the Year, Reed had 64 interceptions, returning seven of them for scores. He forced 11 fumbles, recovered 13 and returned two for touchdowns.

Gonzalez ranks as the all-time leader in receptions (1,325) and receiving yards (15,127) among tight ends. He played 12 seasons with the Kansas City Chiefs and five with the Atlanta Falcons, and was a 14-time Pro Bowl selection and six-time All-Pro.

Law won three Super Bowls as the top cornerback of the New England Patriots. Bailey was considered a shutdown corner with the Denver Broncos and Washington Redskins, and Mawae a standout center for the New York Jets and Tennessee Titans.

Law played 15 seasons, 10 of them in New England, where he set a team record with six Pick-6s.

“There was really no weaknesses in Ty’s game,” Patriots head coach Bill Belichick said. “He was good in coverage, good on the jam, good against the run and he could change the game with his ball skills.”

Bailey is the first Broncos defensive player in the Hall of Fame. He retired with an NFL record for defensive backs by being selected to 12 Pro Bowls, and also finished with 52 career interceptions. In part, he credits his place in Canton to the tutelage of Darrell Green and Deion Sanders with the Redskins.

“I think I would have been great without Deion and Darrell,” Bailey said. “Would I have been Hall of Fame good? I don’t know. But they actually get a lot of credit for getting me there because I don’t know if I would have been as great as I was if I didn’t have those nuggets that they gave me early in my career.”