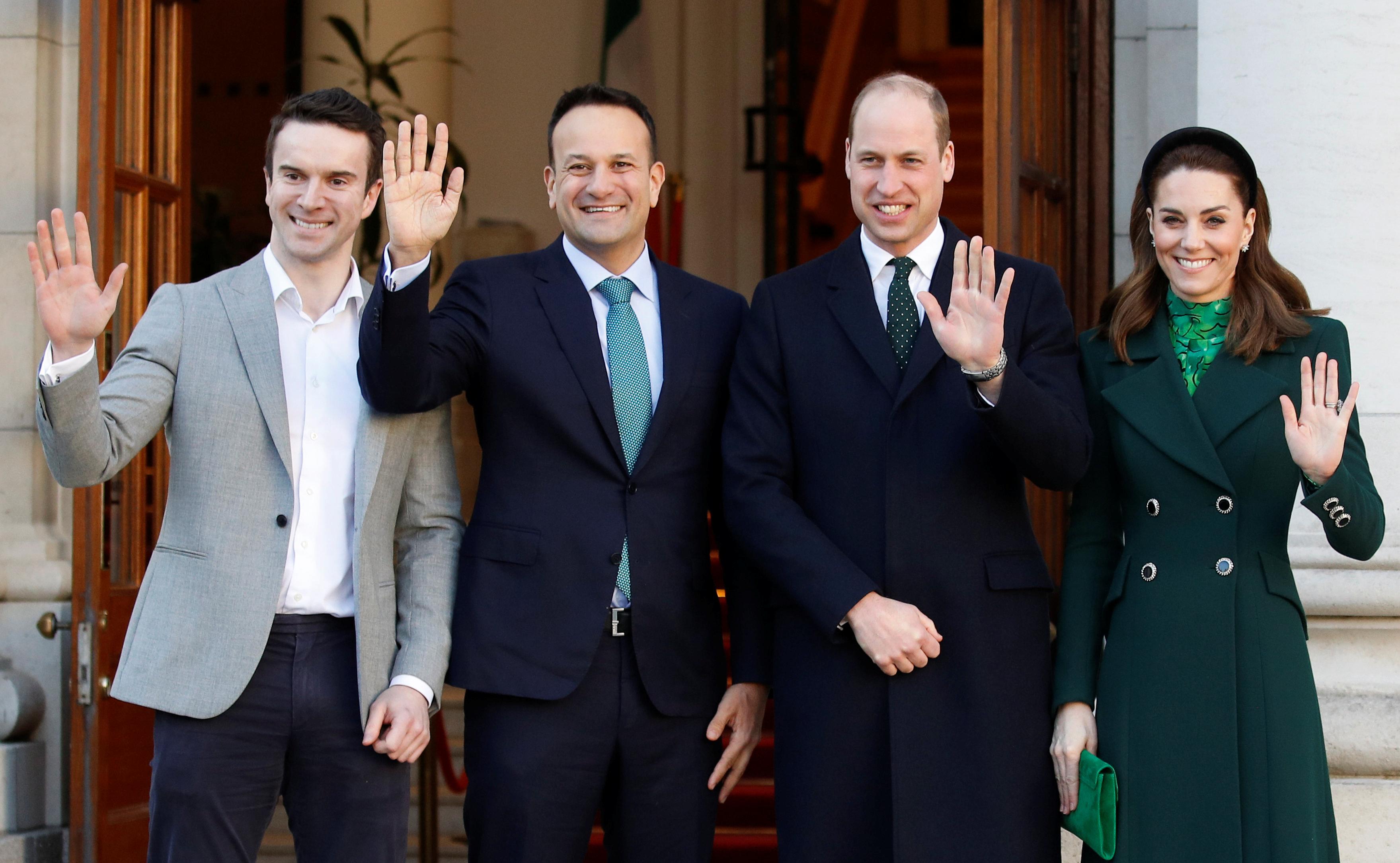 DUBLIN (Reuters) – Britain’s Prince William arrived in Dublin on Tuesday with his wife Kate in a show of friendship with a neighbor on the first official trip abroad by senior royals since Brexit.

William wore a green tie and Kate a green coat and dress as they stepped off a commercial Aer Lingus flight. It was William’s first official trip to the Republic of Ireland, nearly a decade after his grandmother Queen Elizabeth made history with the first visit by a reigning British monarch.

Britain left the European Union on Jan. 31 after fraught, protracted negotiations, mainly held up by debate over its land border with the EU – between the Irish Republic and British-ruled Northern Ireland.

The royal couple followed in Elizabeth’s footsteps by laying a wreath at Dublin’s Garden of Remembrance, dedicated to those who gave their lives for independence, which Ireland gained from Britain in 1921.

“May we never forget the lessons of history as we continue to build a brighter future together. William. Catherine,” says the message on their wreath.

They met Ireland’s President Michael D. Higgins and Prime Minister Leo Varadkar and will attend a reception at the Guinness brewery, the country’s top tourist attraction.

Varadkar posted a picture on Twitter of William signing the visitor book in his office and said: “It was a pleasure to welcome the Duke and Duchess of Cambridge to Government Buildings.”

The British royal family has had an easier relationship with Ireland since the 1998 Good Friday Agreement brought an end to 30 years of conflict in Northern Ireland, where mainly Catholic Republicans sought to end British rule.

William’s father Prince Charles, whose great uncle Lord Louis Mountbatten was killed in a bomb attack by the Irish Republican Army on his boat off the coast of Ireland in 1979, has made several trips to Ireland. In 2015, he shook hands with former IRA commander Martin McGuinness.

Northern Ireland has been largely peaceful since the agreement, but small splinter groups continue to launch attacks against British targets and security for royal visits to Ireland remains tight.