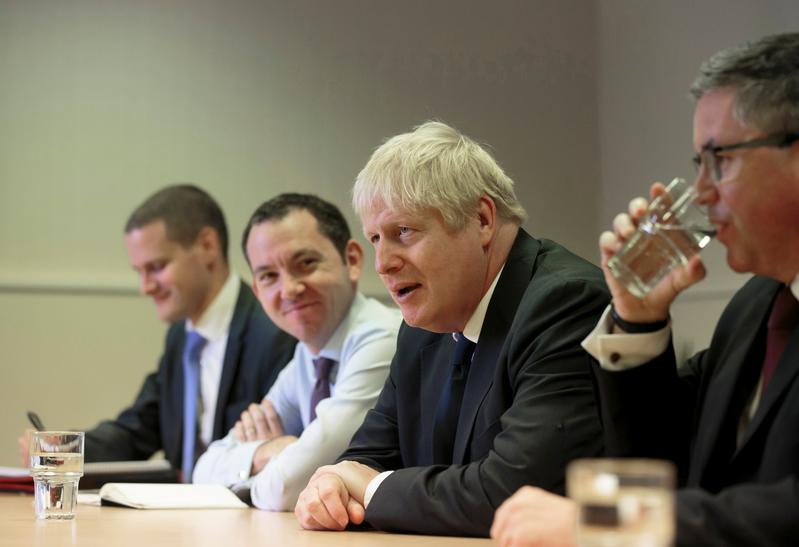 LONDON (Reuters) – British Prime Minister Boris Johnson said on Tuesday that the most important free trade deal that Britain needed to strike was with the European Union.

Britain is due to leave the EU on Oct. 31 and Johnson has said he is prepared for an exit whether or not any withdrawal agreement has been struck with the bloc.

“The single biggest deal that we need to do is a free trade agreement with our friends and partners over the Channel,” he told Sky News.

On Monday, U.S. national security adviser John Bolton said the United States would enthusiastically support a no-deal Brexit if that was what the British government decided to do and would seek to work fast on a free trade agreement.

“In my experience, the Americans are very tough negotiators indeed and we will do a great deal with them and it will open up opportunities for businesses, particularly services companies in the U.S,” Johnson said. “It will be a tough old haggle but we’ll get there.”