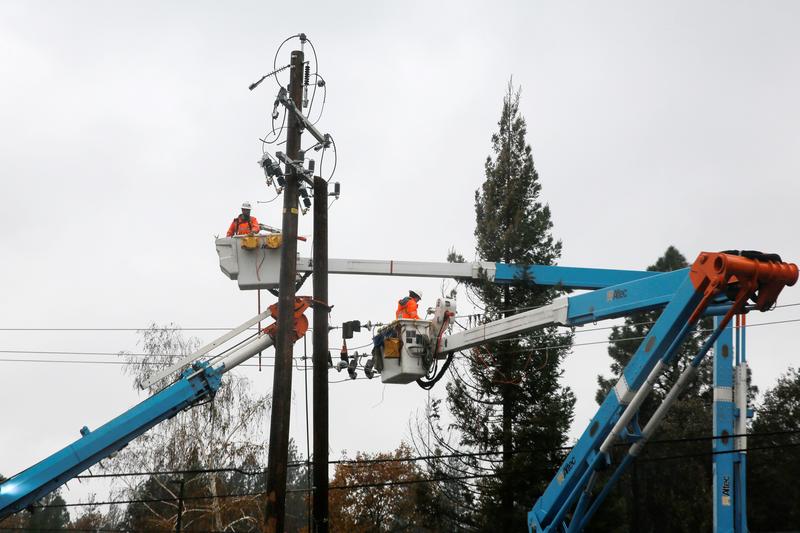 SAN FRANCISCO (Reuters) – PG&E Corp will pay $1 billion as part of its bankruptcy reorganization to more than a dozen local governments in California struck by wildfires in recent years, the company and lawyers for the governments said on Tuesday.

Payments to the local governments will settle claims from lawsuits put on hold by PG&E’s bankruptcy and are separate from the thousands of individual claims stemming from wildfires that the company expects will be filed against it during the bankruptcy period.

San Francisco-headquartered PG&E filed for Chapter 11 protection in January anticipating $30 billion in liabilities from wildfires in 2017 and 2018 blamed on its equipment.

The local governments said in a filing in March that their claims could top more than $2.5 billion for fire-related damage to roads, bridges, sidewalks, road signs and signals, public landscaping and water systems.

The governments include the city of Paradise, which was leveled by November’s Camp Fire in California deadliest and most destructive wildfire of modern times.

The city of Santa Rosa and Sonoma and Napa counties, which were hard hit by blazes in 2017, also are among the localities that settled with PG&E.