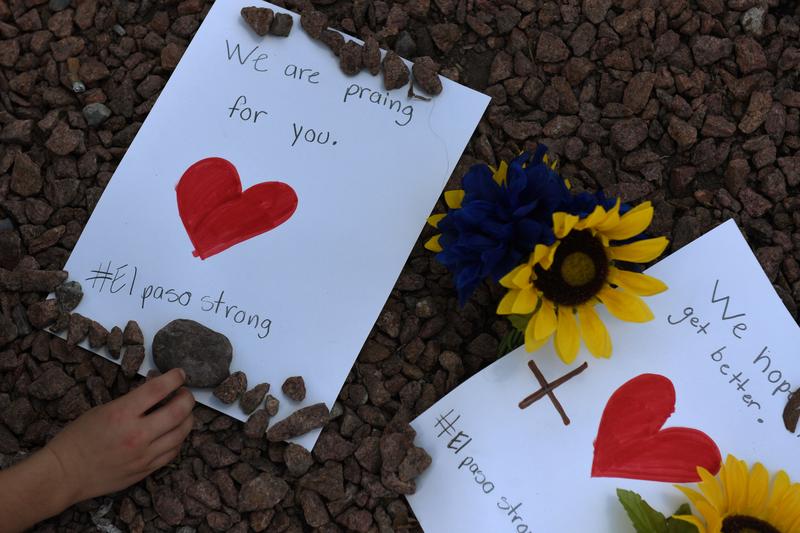 A young boy places rocks on a card at the pile of flowers that has gathered a day after a mass shooting at a Walmart store in El Paso, Texas, U.S. August 4, 2019. REUTERS/Callaghan O’Hare

(Reuters) – Mexican foreign minister Marcelo Ebrard said on Sunday that the attorney general would consider litigation claiming that terrorism was committed against Mexicans in a shooting in El Paso, Texas, in which 20 were killed, including six Mexicans.

Ebrard said that such an action could lead to the extradition of the person responsible for the shooting. “For Mexico, this individual is a terrorist,” he told a news conference.