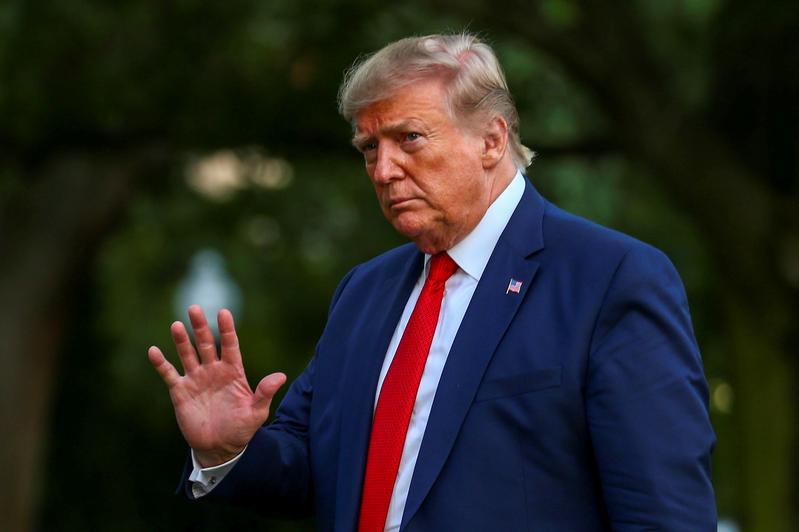 WASHINGTON (Reuters) – A U.S. judge refused on Thursday to fast-track a congressional lawsuit seeking to force disclosure of President Donald Trump’s federal tax returns, saying it was a complicated and important matter that should not be rushed.

FILE PHOTO: U.S. President Donald Trump returns after travelling to the AMVETS convention in Kentucky, at the South Lawn of the White House in Washington, U.S. August 21, 2019. REUTERS/Tasos Katopodis/File Photo

U.S. District Judge Trevor McFadden in Washington said in a written order that under U.S. law, there was “only a narrow set of cases that must skip to the front of the line,” and that the House of Representatives Ways and Means Committee had not shown its lawsuit was one of them.

McFadden said that while he was not prejudging the case, Trump’s defenses “seem unlikely to be so trivial as to justify a rush to the merits of the case.”

In an Aug. 20 filing, the Democratic-led House Ways and Means panel said that “time is of the essence” in resolving the case it brought last month seeking to compel the Treasury Department to hand over years of the Republican president’s individual and business federal tax returns.

In the filing, lawyers for the committee said the current Congress would end on Jan. 3, 2021, and that a prompt resolution of issues in the case was needed to give the committee enough time to investigate Trump’s tax returns and pass any legislation in response.

Justice Department attorneys, in coordination with Trump’s personal lawyers, had proposed a staged approach to hearing arguments in the case that drew objections from the House panel’s legal team.

The committee filed the lawsuit after Treasury Secretary Steven Mnuchin defied congressional subpoenas seeking the returns, despite a federal law that says the department “shall furnish” such records on request.

The lawsuit began what is widely expected to be a lengthy legal battle likely to end in the U.S. Supreme Court.

The Justice Department said in an advisory legal opinion in June that the committee lacked a “legitimate legislative purpose” in seeking Trump’s tax returns, and that Mnuchin therefore did not violate the law by refusing to provide them.

Ways and Means is one of half a dozen House committees conducting investigations involving Trump and his administration.

The White House is refusing to cooperate with most of them, setting up several legal battles unfolding in the courts.