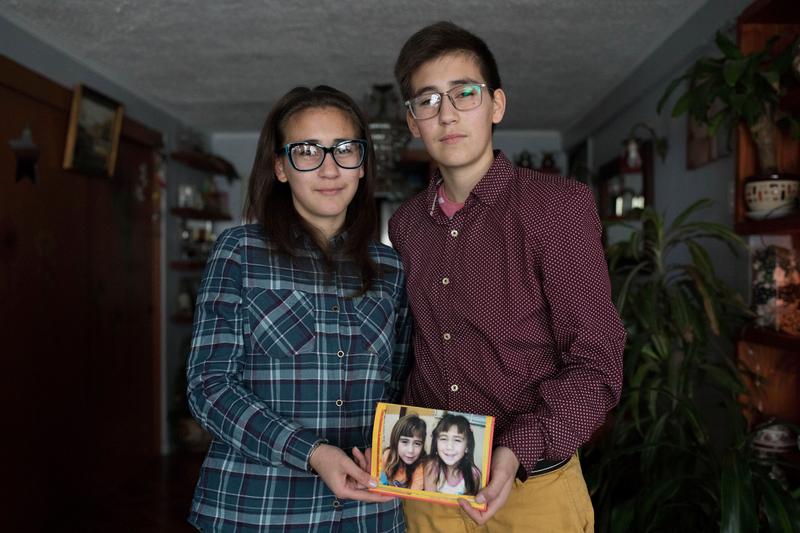 FILE PHOTO: Catalina Parada (R) and her identical twin sister Maria Ignacia pose with a picture of them from the past, before Catalina goes to the civil identification registry to change her name for Alexis, in Santiago, Chile, September 5, 2019. REUTERS/Pablo Sanhueza

Alexis, who was born an identical twin with his sister Maria Ignacia, two weeks ago changed his name and sex in the civil registry, as well as on his birth certificate. The changes paved the way for him to this week request his first government-issued ID.

Chile’s center-right President Sebastian Pinera late in 2018 signed into law a bill allowing people over the age of 14 to change their name and gender in official records.

Chile legalized divorce in 2004, making it one of the last countries in the world to do so. And the country’s ban on abortion, one of the strictest in the world, was lifted only recently, in 2017, though for special circumstances only.

There are no official statistics for the number of trans people in Chile.