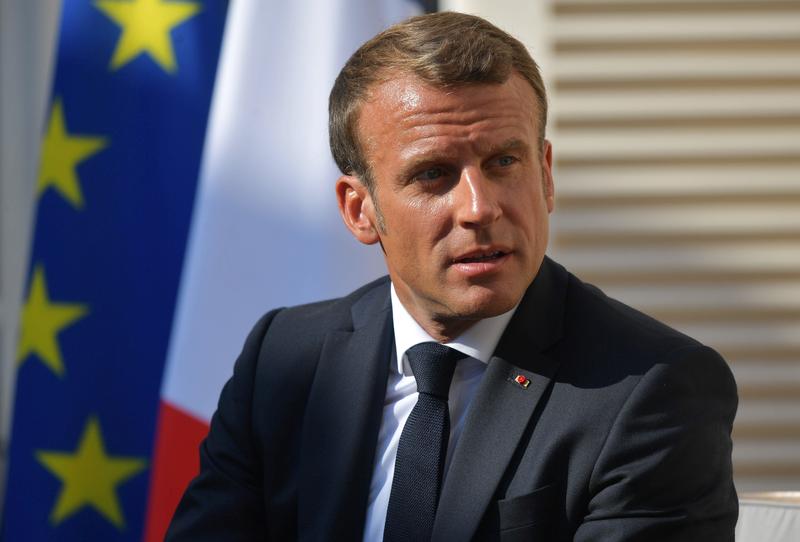 PARIS (Reuters) – French President Emmanuel Macron on Wednesday said a no-deal Brexit would be of Britain’s own making and not the European Union’s, adding that any trade deal London cut with Washington would not mitigate the cost of crashing out of the bloc.

The French leader said the demands made by British Prime Minister Boris Johnson for a renegotiation of the divorce deal, including the removal of the Irish backstop, were not workable.

He spoke to reporters as German Chancellor Angela Merkel gave Johnson 30 days to draw up an alternative solution to the contested Irish border backstop.

“Can (the cost of a hard Brexit) be offset by the United States of America? No. And even if it were a strategic choice it would be at the cost of an historic vassalisation of Britain.”

Earlier on Wednesday, an official in Macron’s office said France now saw a no-deal as the most likely scenario come Britain’s Oct 31 deadline and that there was not a “cigarette paper” standing between France, Germany and other EU states.

“The British are attached to being a great power, a member of the Security Council. The point can’t be to exit Europe and say ‘we’ll be stronger’, before in the end, becoming the junior partner of the United States, which are acting more and more hegemonically,” Macron added.

Macron said he saw no reason to grant a further delay to Brexit unless there was a significant political change in Britain, such as elections or a new referendum.

Speaking of the possibility of a no-deal Brexit, Macron said: “That would be Britain’s doing, always.”

Nor would he accept renegotiating the Withdrawal Agreement, he said.