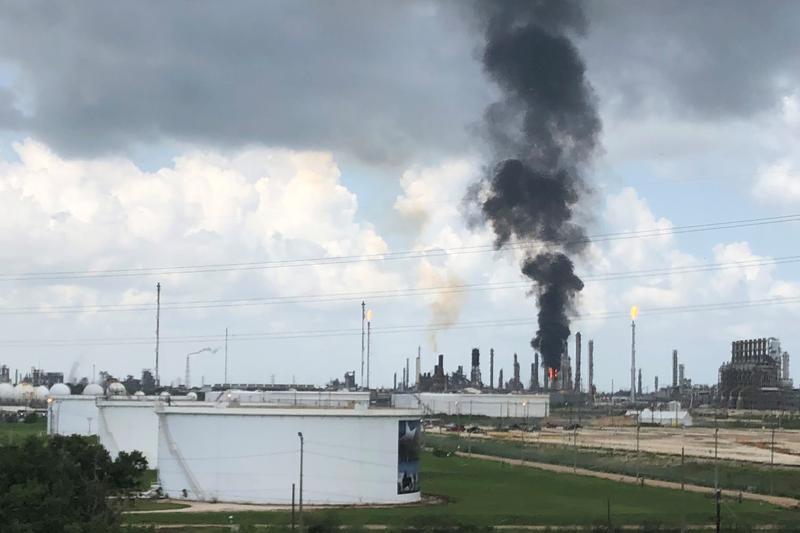 HOUSTON (Reuters) – Exxon Mobil Corp was hit with a lawsuit on Thursday over pollution from a fire at the company’s Baytown Olefins Plant, according to an attorney for Harris County, Texas, which filed the suit.

The fire was being investigated by federal and state agencies. The U.S. Occupational Safety and Health Administration (OSHA) and the Texas Commission on Environmental Quality (TCEQ) were at the scene to determine the cause of a blaze that raged for hours on Wednesday and raised a column of black smoke over the area.

The suit by Harris County, which includes Baytown, is the second lawsuit against the company involving fires at the plant this year.

Exxon did not reply to a request for comment on the lawsuit. In a statement on Thursday, spokesman Sarah Nordin said the fire has been extinguished and all employees affected by the fire were cleared to return to work.

Exxon said earlier that 66 workers had been examined at a clinic for possible injuries, though not all had required treatment. Of those, 37 were treated for injuries including minor burns, Jason Duncan, manager of the Baytown Olefins Plant, said on Wednesday.

Officials ordered Baytown residents to remain indoors with their air conditioning turned off for about four hours after an explosion set off the fire.

Harris County officials are asking a state court to order an investigation to determine the root cause of the fire in a propylene recovery unit, and to order Exxon to take steps to prevent similar fires from happening in the future, Owens said.

Harris County is seeking similar orders in connection with a lawsuit filed in March over a hydrotreater fire in the Baytown refinery, he said.