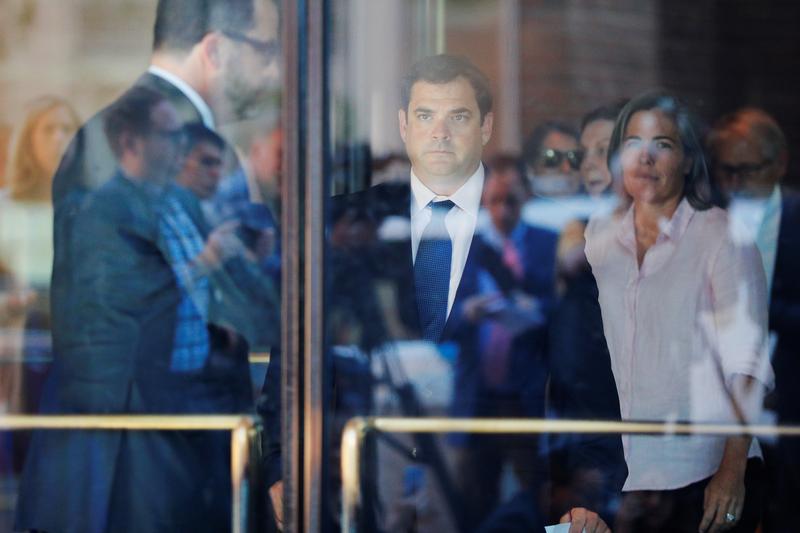 BOSTON (Reuters) – A former Stanford University sailing coach avoided prison on Wednesday in the first sentencing to result from the U.S. college admissions scandal after admitting he took bribes to help children of wealthy parents gain admission to the school.

He is among 50 people, including actresses Lori Loughlin and Felicity Huffman, whom prosecutors charged in March with participating in a vast scheme overseen by California college admissions consultant William “Rick” Singer.

Prosecutors allege that parents paid Singer more than $25 million to bribe coaches at universities, including Stanford, Yale, Georgetown and the University of Southern California, to help their children gain admission as fake athletic recruits.

The investigation has resulted in charges against 33 parents, including former “Desperate Housewives” star Huffman, who pleaded guilty in May, and “Full House” actress Loughlin, who has pleaded not guilty.

Assistant U.S. Attorney Eric Rosen urged Zobel to reject Vandemoer’s request for probation, saying such a sentence would be a “slap on the wrist” given how the case had undermined public confidence in the fairness of college admissions.

“The court needs to send a powerful message to would-be cheaters that such criminal conduct will not be tolerated,” he said.

But Zobel instead sentenced him to one day of prison, which was deemed already served, followed by two years of supervised release, the first six of which are in home confinement. Zobel also imposed a $10,000 fine.

She noted that unlike other coaches charged in the scheme, Vandemoer did not personally pocket any bribes, instead directing all of the money from Singer to Stanford’s sailing program.

“The fact that as best I understand it he was the least culpable of all the coaches certainly says something about what the sentence should be,” she said.

Prosecutors said that in 2017, Singer paid $110,000 to the sailing program to designate a client’s child as a sailing recruit.

Prosecutors said that when that student decided to attend another school, Vandemoer agreed to use the same recruiting spot for a different child in exchange for $500,000. That student also decided against attending Stanford.

Reporting by Nate Raymond in Boston; Editing by Phil Berlowitz