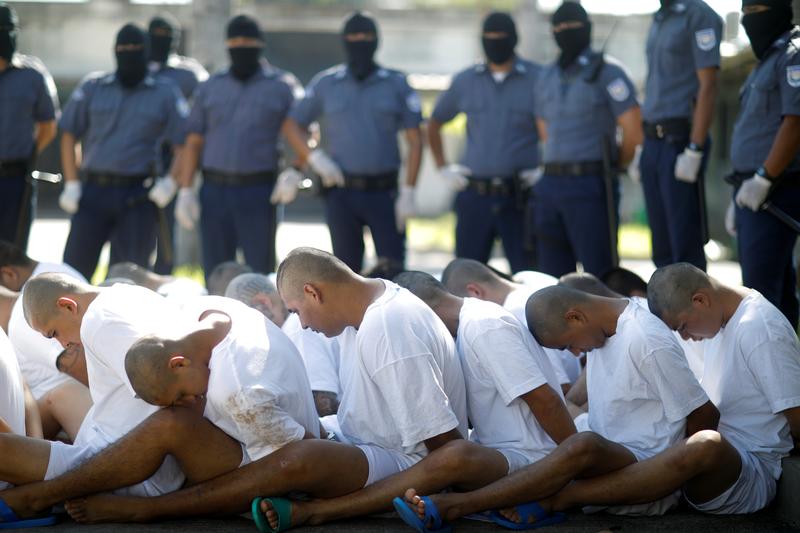 SAN SALVADOR (Reuters) – It will be much harder for El Salvador’s prison population, including gang leaders, to communicate with those on the outside after the government on Friday ordered mobile telephone service providers to disable their signals in the facilities.

The decision by President Nayib Bukele, who took office earlier this month, is aimed at reducing the country’s high murder rate and other violent crimes, which he says are often ordered by those behind bars.

The country’s mobile telephone providers, including Claro, Tigo, Digicel and Telefonica have 72 hours to comply with the order, Bukele said in a post on Twitter.

The order would block both data and calls in and around 28 prisons spread across the country and would likely affect service to people who live near the facilities.

“It can’t be that after so many years in which (the providers) say they’re doing this, today they come and accept that that’s not the case,” Bukele wrote in his post.

The president’s security cabinet met with executives from the phone service providers earlier on Friday, according to a government statement.

Since the beginning of this year, some 1,500 murders have been reported in El Salvador as Bukele’s government seeks to reduce the violence by targeting the country’s gangs.

Bukele is also seeking to move than 1,000 imprisoned members of the Barrio 18 gang from one prison to another in another effort to frustrate their communications.

American Movil, controlled by the family of Mexican billionaire Carlos Slim, is the parent company of Claro and is seeking to buy Telefonica’s unit in El Salvador.

Digicel Group is a privately held company that operates primarily in Central America and the Caribbean. Tigo is owned by Luxembourg-based Millicom International Cellular , which operates mostly in Latin America and Africa.