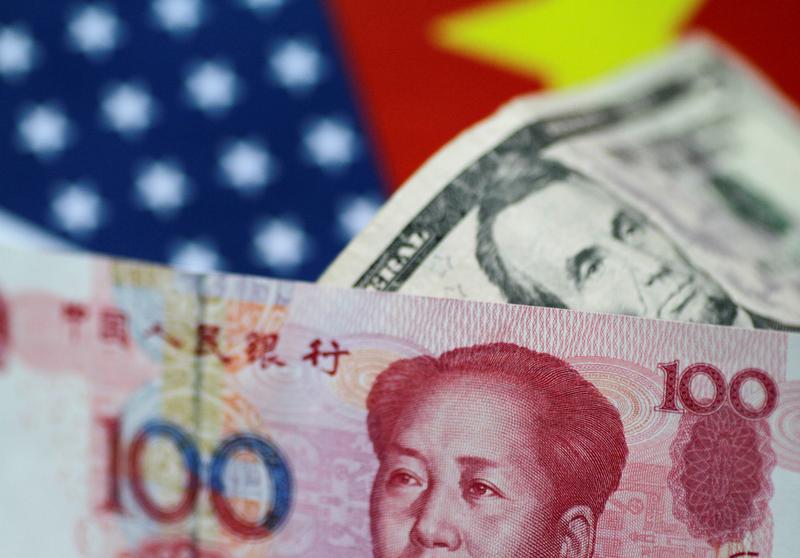 BEIJING (Reuters) – China and the United States will begin imposing additional tariffs on each other’s goods on Sunday, the latest escalation in a bruising trade war despite signs talks would resume sometime this month.

A new round of U.S. tariffs on some Chinese goods and Chinese tariffs on U.S. goods is scheduled to take effect from 0401 GMT on Sunday.

As part of its retaliation, Beijing will begin imposing a 5% tariff on U.S. crude oil from Sept. 1, the first time U.S. oil has been targeted since the world’s two largest economies started their trade war more than a year ago.

U.S. President Donald Trump last month said he was increasing existing and planned tariffs by 5% on about $550 billion worth of Chinese imports after Beijing announced its own retaliatory tariffs on U.S. goods.

Tariffs of 15% on cellphones, laptop computers, toys and clothing are to take effect on Dec. 15. The U.S. Trade Representative’s Office said on Thursday it would collect public comments through Sept. 20 on a planned tariff increase to 30% on a $250 billion list of goods already hit with a 25% tariff.

Trade teams from China and the United States continue to talk and will meet in September, but tariff increases on Chinese goods set to go in place on Sunday will not be delayed, Trump said on Friday.