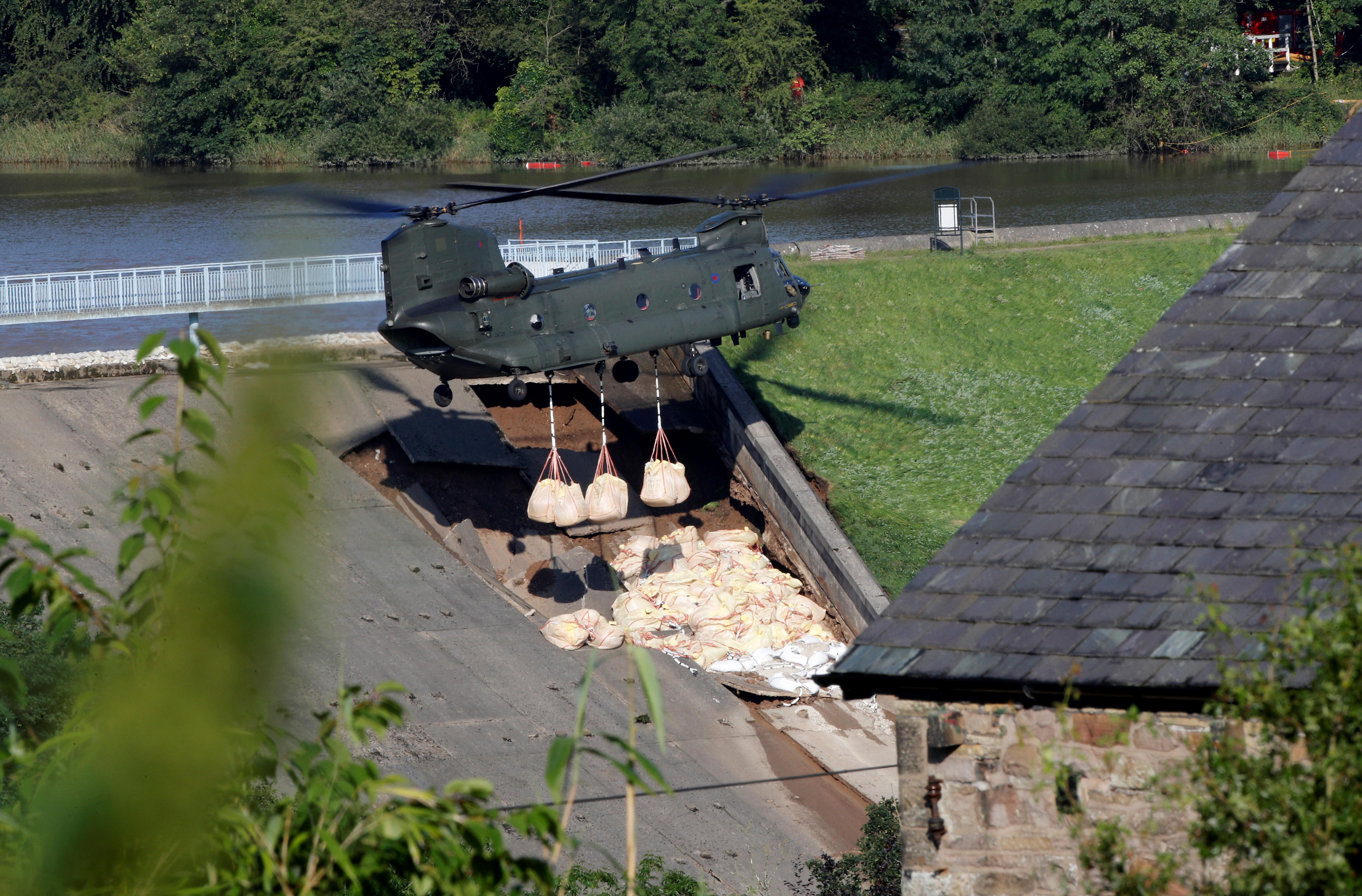 WHALEY BRIDGE, England (Reuters) – A British military helicopter dropped sacks of ballast on Friday onto the outer slope of a reservoir dam in a bid to prevent it collapsing and flooding the town below.

Police were evacuating more than 6,000 residents of Whaley Bridge, in central England, telling them to take pets and any medication they needed with them after the dam was badly damaged during heavy rains.

Officials said the dam, holding back 300 million gallons of water in the reservoir above the town, was in danger of failing, putting lives at risk. A small number of residents have refused to leave their homes.

Prime Minister Boris Johnson said the environment minister would chair a meeting of the government’s emergency committee on Friday to coordinate the response and he had spoken to fire and police officials to thank them for their work.

Police said a Royal Air Force Chinook helicopter was shifting 400 tonnes of aggregate – a mixture of sand, gravel and stone – onto the reservoir wall to reinforce it.

Engineers have been pumping water out of the reservoir to get the level down, to reduce pressure on the wall and allow repairs to begin.

Britain’s Environment Agency issued a severe flood warning for the area, saying river levels in the River Goyt, which runs through the town, could rise rapidly.

Gary Lane, the Royal Air Force liaison officer at the scene, said the helicopter only had a narrow space to drop the sacks of aggregate to avoid putting pressure on the dam.

“It’s a bit like a big Lego block that we’re building, we’ve got a foundation in there and we’re carrying on building each on top of each other” he said.