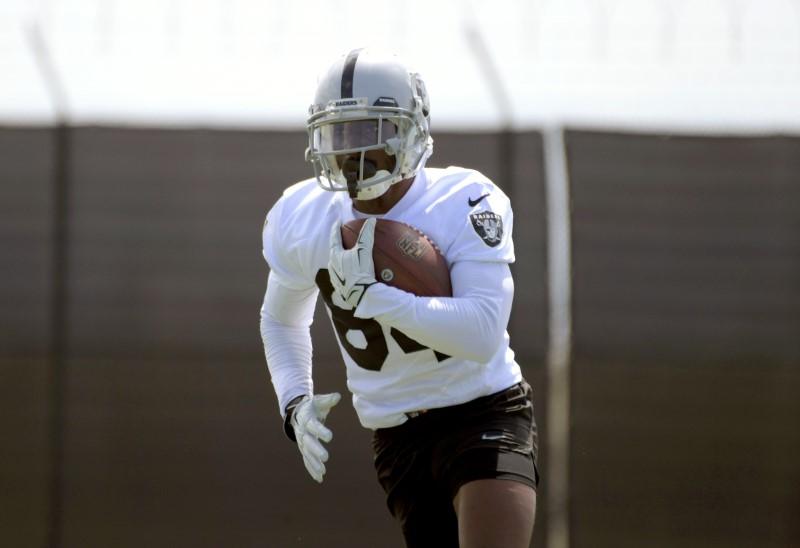 Oakland Raiders wideout Antonio Brown returned to training camp Tuesday in Napa, Calif., one day after losing his helmet grievance with the NFL.

Brown had not been with the team since he left practice early on July 30.

The 31-year-old veteran had sought permission to wear his old helmet, which is no longer certified. He revealed his feelings about the decision on his Instagram account.

“While I disagree with the arbitrator’s decision I’m working on getting back to full health and looking forward to rejoining my teammates on the field,” Brown wrote Monday.

Pro Football Talk reported Monday that the NFL will let Brown wear his preferred Schutt Air Advantage helmet if he can find one that is less than 10 years old.

On Tuesday, Brown turned to Twitter for help locating one. “I’m looking for a Schutt Air Advantage Adult Large Helmet that was manufactured in 2010 or after. In exchange I will trade a signed practice worn @Raiders helmet.”