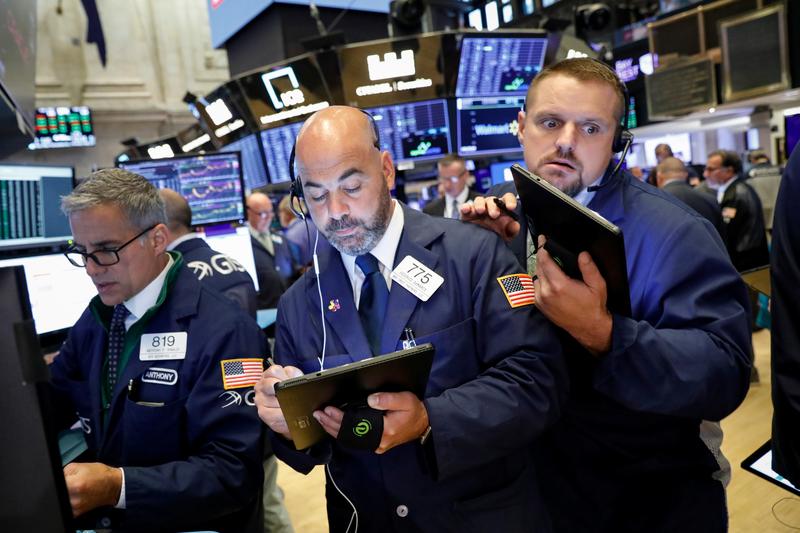 (Reuters) – U.S. stocks surged on Thursday on expectations of a de-escalation in trade tensions after Washington and Beijing agreed to hold high-level talks next month, while strong economic data eased fears of a domestic slowdown.

After fears of a deepening trade war caused a sell-off in late July and early August, leading to speculation that a decade-long bull market was ending, the S&P 500 has largely recovered and is now less than 2% short of its July 26 record high close. The benchmark index has climbed 2.4% in the past two sessions.

China and the United States agreed to hold talks in early October in Washington, boosting markets as investors bet on a thaw in the trade war between the world’s two largest economies that has taken a toll on global growth.

Alternating signs of improvement and deterioration in the U.S.-China trade war, often based on tweets and comments from Trump, have repeatedly sparked volatility on Wall Street in recent months.

“Whether the talks occur or not, we’ll see. And whether they are productive, we’re skeptical. But the market loves it,” said Tim Ghriskey, Chief Investment Strategist at Inverness Counsel in New York.

The S&P information technology index .SPLRCT rose 1.9%, while financials .SPSY jumped 2.1%, both rising the most among the 11 major S&P 500 sectors.

Another private survey showed growth in U.S. services sectors accelerated in August, rebounding from its weakest level in nearly three years, as new orders rose to their highest level since February amid trade worries.

The upbeat reports eased concerns of an economic downturn, which was exacerbated by data on Tuesday that showed a contraction in U.S. factory activity in August. Investors will keep a close watch on the crucial nonfarm payrolls data due on Friday.

“Manufacturing is in a bit of a global slump, but if you look at the other economic data, like the services and jobs reports, none of them point to an economy that is teetering on a recession,” said Michael Antonelli, market strategist at Robert W. Baird in Milwaukee.

Advancing issues outnumbered declining ones on the NYSE by a 2.01-to-1 ratio; on Nasdaq, a 2.77-to-1 ratio favored advancers.