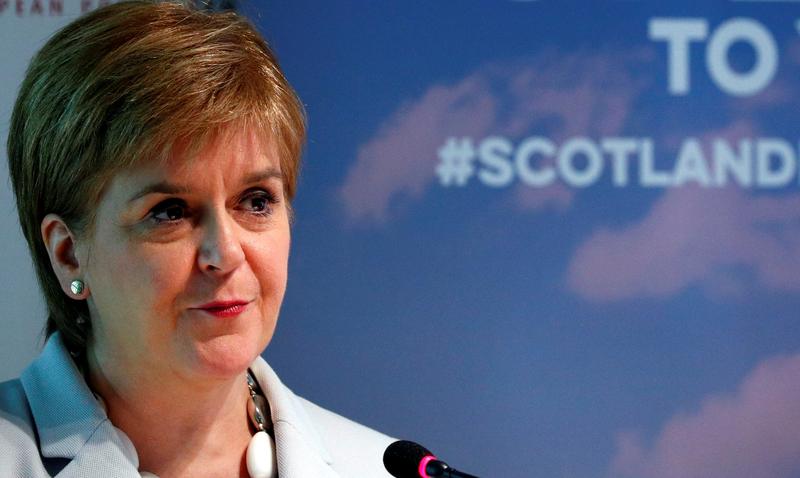 LONDON (Reuters) – The leader of the Scottish National Party, Nicola Sturgeon, said on Thursday her party and its 35 lawmakers would explore any option to stop Brexit in parliament and did not rule out backing opposition Labour Party leader Jeremy Corbyn.

“We will work with anyone and we’ll explore any option to stop Brexit,” Sturgeon told the BBC. She added that Corbyn, who earlier urged rivals to back him in a bid to topple Prime Minister Boris Johnson, had to set out a clear position on Brexit.