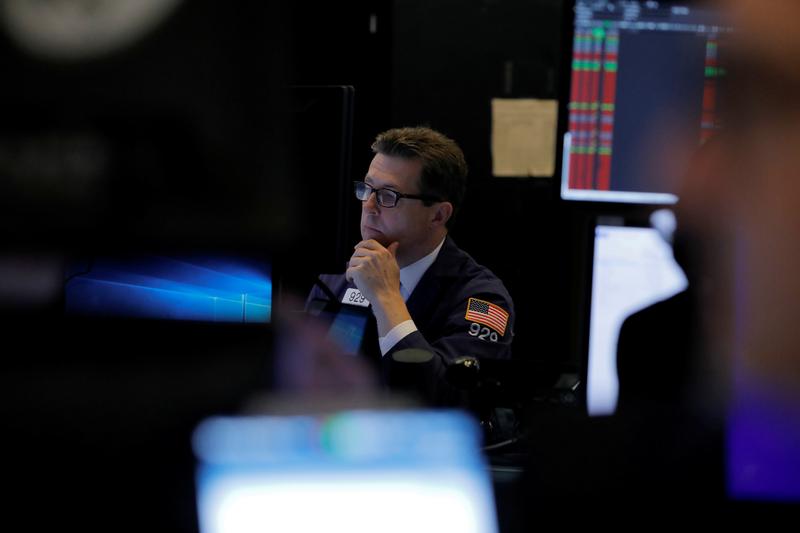 (Reuters) – U.S. stocks were set to open lower on Tuesday, as Washington’s new round of tariffs on some Chinese goods kicked in and after a report that officials from both sides were struggling to decide on the schedule for a meeting this month.

FILE PHOTO: A trader works on the trading floor at the New York Stock Exchange (NYSE) at the opening of the market in New York City, U.S., August 26, 2019. REUTERS/Andrew Kelly

Shares of trade-sensitive industrial bellwethers Caterpillar Inc (CAT.N) and Boeing Co (BA.N) fell about 2% each in premarket trading, while those of Apple Inc (AAPL.O) fell 1%.

The tariffs that went into effect on Sunday are making investors increasingly cynical toward the trade war, which has dominated economic headlines for over a year, Peter Cardillo, chief market economist at Spartan Capital Securities in New York said.

A monthly survey on manufacturing activity by the Institute for Supply Management, due at 10 a.m. ET, is expected to shed some light on the impact of the trade war on the U.S. industrial sector.

The ISM manufacturing Purchasing Managers’ Index (PMI) is expected to dip to 51.1 in August, from 51.2 in the month before.

Although U.S. factory activity has been slowing in recent months, the ISM’s index has so far stayed above 50, indicating expansion in the sector.

“We’re getting very close to a contraction and obviously if we get any number in today’s report that does take us even closer then that would be one more nail in the coffin in terms of economic weakness,” Cardillo said.

The S&P 500 index .SPX fell 1.8% in August, its biggest monthly drop since May, after escalating trade tensions and the inversion of a key part of the U.S. yield curve, seen as a sign of recession, drove investors toward safe-haven assets.

The benchmark index, however, ended the week up nearly 3% as trade tensions were dialed down following signals that Beijing and Washington would meet in September for talks.

Bloomberg, however, reported on Monday that the two sides were yet to agree on a date for the planned meeting.

Chipmakers, which draw a large portion of their revenue from China, also fell, with Intel Corp (INTC.O), Advanced Micro Devices (AMD.O) and Micron Technology Inc (MU.O) off between 0.7% and 1.6%.

Along with the manufacturing data, investors will also keep a close watch on the monthly jobs report due on Friday for clues on the health of the U.S. economy.

Shares of Ulta Beauty (ULTA.O) fell 1.6%, extending a slide from Friday, after Citigroup cut the rating on the cosmetics retailer’s stock to “neutral”.

Reporting by Uday Sampath in Bengaluru; Editing by Anil D’Silva and Arun Koyyur