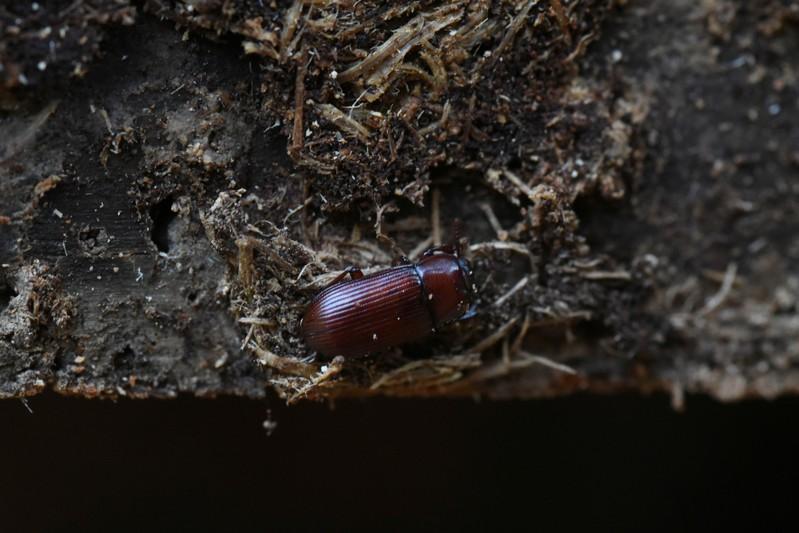 THESSALONIKI, Greece (Reuters) – Greek authorities are felling large parts of a forest because of a seemingly unstoppable beetle munching its way through trees.

The Tomicus Piniperda beetle is seen on a tree log at the forest of Seich Sou in Thessaloniki, Greece, June 20, 2019. Picture taken June 20, 2019. REUTERS/Alexandros Avramidis

Experts say the shiny black beetle, the Tomicus Piniperda, is having a devastating effect on trees in the Seih Sou forest in the hills overlooking Thessaloniki, Greece’s second largest city.

“The problem is unfortunately very big at the moment because the insect is moving in almost uncontrollably,” said Professor Theocharis Zagas of the School of Forestry and Environment at Aristotle University.

“We have to take the appropriate measures, with precision logging, to stop its momentum,” he told Reuters.

The beetle, which was first documented in Greece in the 1970s, has a preference for members of the conifer family, particularly pine, the European spruce and the European larch, Zagas said.

The impact of the beetle is evident. Large swathes of the pine forest have turned brown, with experts assessing that up to one tenth, or 100,000 trees, have been affected.

The beetle, which can grow up to 4.8 mm – about the size of a baby’s fingernail – is known to exist in Greece but some synchronicity is needed to launch a devastating assault.

That included the health of the trees themselves, with a tree weakened by climatic conditions like drought making it more vulnerable to the bug attack. “The forest of Seih Sou wasn’t systematically cultivated, and particularly (not) in recent years,” said Zagas.

“That had as a consequence a large number of trees having low vitality, possibly because of protracted periods of drought,” he said.

Authorities are planning to re-forest areas affected, with diversity in the species of tree key to keep the marauding bug away and introducing broad-leaved trees like oaks, which is not its snack of choice.

“We have to design the forest of tomorrow,” said Zagas. “We will make this a mixed (species) forest and that is another way of dealing with the problem.”