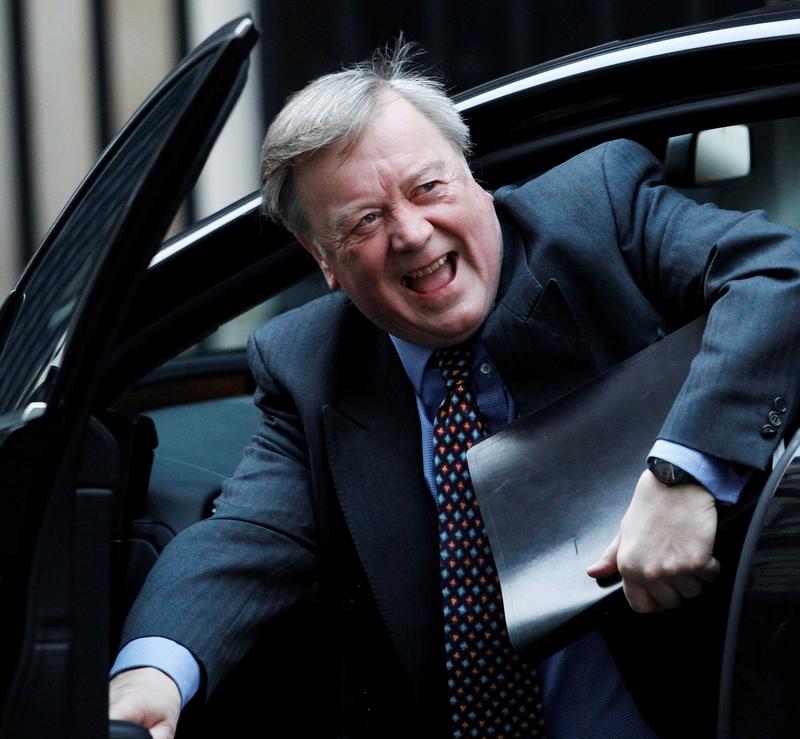 LONDON (Reuters) – Veteran British lawmakers from the ruling Conservative and opposition Labour parties have both said they would be willing to lead an emergency government to halt a no-deal Brexit, the leader of the pro-EU Liberal Democrats said on Friday.

The suggestion that either Conservative Ken Clarke or Labour’s Harriet Harman – parliament’s longest serving man and woman – could take charge was the latest sign that foes of an abrupt exit from the EU are joining forces to unseat Boris Johnson to stop it.

Johnson, who became prime minister last month after winning a vote among Conservatives for party leadership, says Britain must leave the EU on Oct. 31 with or without a deal.

But he has a working majority of just a single seat in parliament, and several of his own Conservatives have suggested they could vote no confidence in his government to stop a no-deal Brexit they believe would be disastrous for the economy.

Anti-Brexit politicians have yet to settle on a strategy for what would happen next. The main opposition Labour Party’s leader, Jeremy Corbyn, wants a caretaker government with himself as head, and then an election.

But other opponents of a no-deal Brexit worry that Corbyn, a staunch leftist, would not have enough support from across the aisle to form a government. Jo Swinson, leader of the centrist pro-European Union Liberal Democrats, has proposed a caretaker government led by either Clarke or Harman, former cabinet ministers from the centrist wings of the two main parties.

On Friday Swinson told BBC radio she had spoken to both of them, and both said they would be willing to serve.

“They put public duty first and they don’t want to see a no-deal Brexit,” Swinson said. “If the House of Commons asks them to lead an emergency government to get our country out of this Brexit mess and to stop us driving off that cliff to a no deal, then yes they are prepared to do that.”

With Johnson staking his premiership on Brexit, the EU refusing to re-open a previously-negotiated withdrawal deal and a majority of lawmakers opposed to a no-deal divorce, Britain is heading for a parliamentary showdown and constitutional crisis.

Corbyn said that by convention when a government collapses the leader of the main opposition party is called upon to form a government.

“The principle is that the Labour Party is the main opposition party, we’ve an aspiration to go into government…We are ready to serve,” he told the BBC.

He said “all those people that are now making lots of noises in the media” should support Labour’s motion as the best way to prevent a no-deal Brexit.

Opponents of no-deal say exiting the EU without an agreement on the transition would be a nightmare for what was once one of the West’s most stable democracies. It would hurt global growth, send shockwaves through financial markets and weaken London’s claim to be the world’s preeminent financial centre.

Brexit supporters say there may be short-term disruption but that the economy would eventually thrive if cut free from what they cast as a doomed experiment in integration.

Labour wants a vote of no-confidence in the government shortly after parliament returns from its summer break on Sept. 3. Energy Minister Kwasi Kwarteng told Sky News the government would win such a vote.

“I don’t see Jeremy Corbyn being able to come together with the numbers, nor do I see any prospect of him leading a so-called national unity government,” he said.

“He’s the most unpopular leader of the opposition we’ve ever had and the idea that he’s going to lead a unity government I think is ridiculous.”