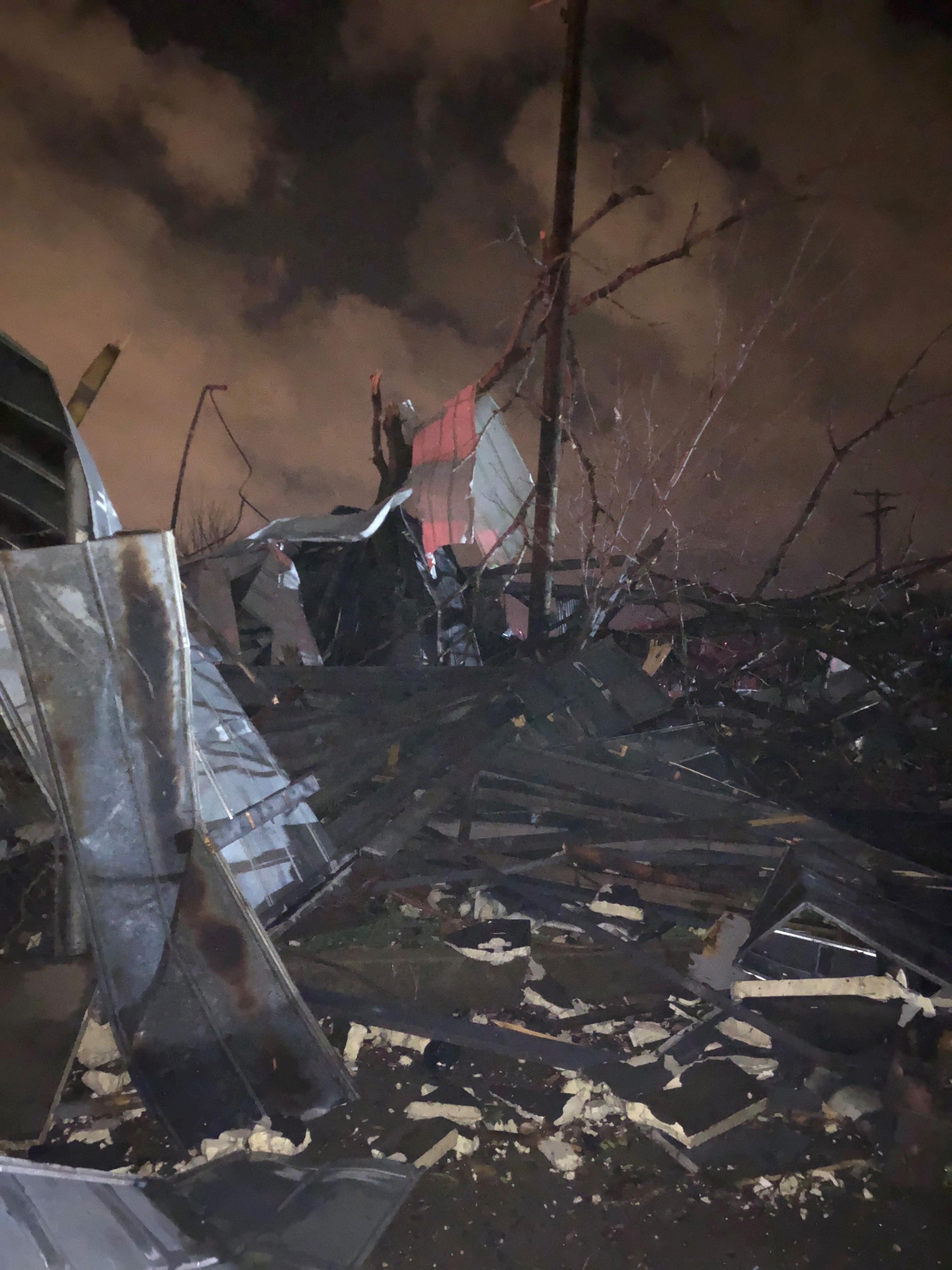 (Reuters) – At least nine people were killed by a powerful tornado that struck Nashville, Tennessee in the early hours of Tuesday morning, flattening buildings, damaging an airport and leaving tens of thousands of people without power.

Search and rescue teams were out searching damaged structures for trapped or injured individuals, the Nashville Fire Department said. Earlier in the morning, the department had said it was responding to reports of approximately 40 collapses of structures around the city.

Schools, district offices and courts will be closed on Tuesday due to the tornado damage throughout Nashville, officials said, but election polling sites at schools and elsewhere will be open “unless otherwise noted.”

Tennessee is one 14 states that will be holding primary elections on Super Tuesday, but voting in Nashville and the surrounding area will start an hour later at 8 a.m. local time due to extensive storm damage, state election officials said. Polling will still close at 7 p.m., as earlier planned.

Some polling places will also be relocated, they said.

John C. Tune Airport (JWN), located 8 miles from downtown Nashville, “sustained significant damage” due to severe weather and several hangars had been destroyed, the airport said on its website.

Lightning that accompanied the tornado lit up the darkened sky as the storm rumbled through central Nashville, according to video posted by Twitter user Brian Bates.

Images also showed rubble and debris scattered across the parking lot of the Donelson Christian Academy in Nashville.

This is not the first tornado to occur on Super Tuesday in Tennessee, according to the National Weather Service in Nashville.

“The one many remember is the 2008 Tornado Outbreak. That was also a nighttime tornado event (but AFTER the voting) that caused significant damage across Middle Tennessee,” the NWS said in a post on Twitter.

Nashville, with a population of 691,000, is among the country’s fastest-growing cities and is the informal country music capital of the United States.