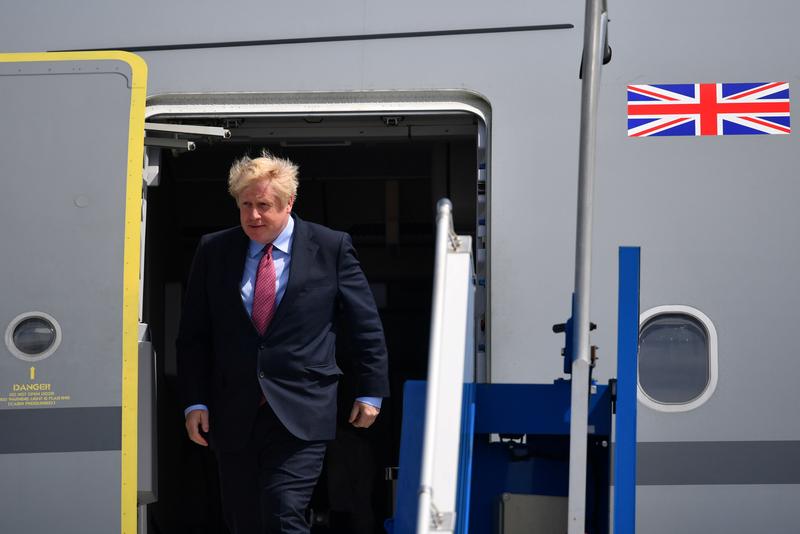 BIARRITZ, France (Reuters) – British Prime Minister Boris Johnson said he would be telling President Donald Trump at this weekend’s G7 summit to pull back from a trade war which is already destabilising economic growth around the world.

Asked if he would be telling Trump he should not escalate the trade war with China, Johnson said “you bet”.

Johnson said his priorities for the summit “are clearly the state of global trade. I am very worried about the way it’s going, the growth of protectionism, of tariffs that we’re seeing.”