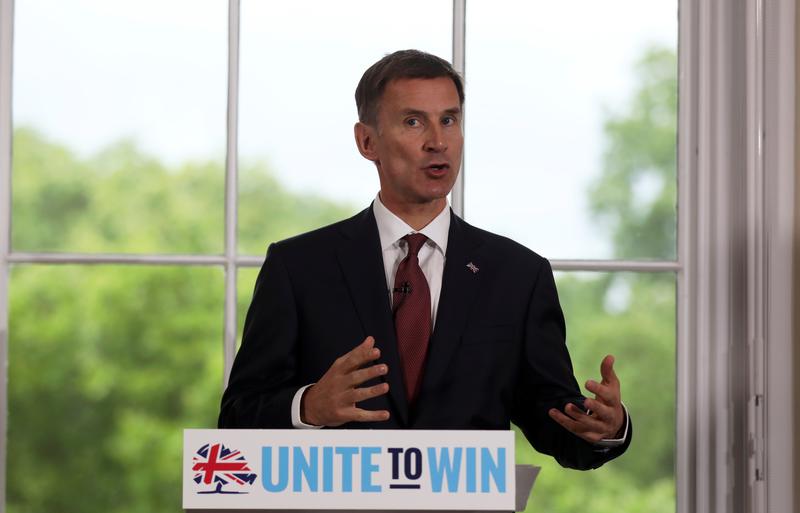 Britain’s Foreign Secretary Jeremy Hunt speaks during the launch of his campaign for the Conservative Party leadership, in London, Britain June 10, 2019. REUTERS/Simon Dawson

LONDON (Reuters) – Jeremy Hunt, one of the leading candidates vying to succeed Prime Minister Theresa May, said he would leave the European Union without a deal but with a heavy heart and that he hoped the bloc would engage with a new British leader.

“Our failure to deliver Brexit has put our country and our party in grave peril. The leadership I offer is based on one simple truth: without Brexit there will be no Conservative government and maybe no Conservative Party,” he said.

“If we want a deal we are going to have to engage seriously with Brussels. From my conversations with European leaders, it is clear to me there is a deal to be done, they want us to come up with proposals.”

Hunt, who is foreign secretary, said that with a “more aggressive Russia” and a “more autocratic China”, he would boost defense spending if he became prime minister.

“Peace comes through strength,” Hunt said. “With a more aggressive Russia and a more autocratic China I pledge to increase the proportion of our GDP we spend on defense.”