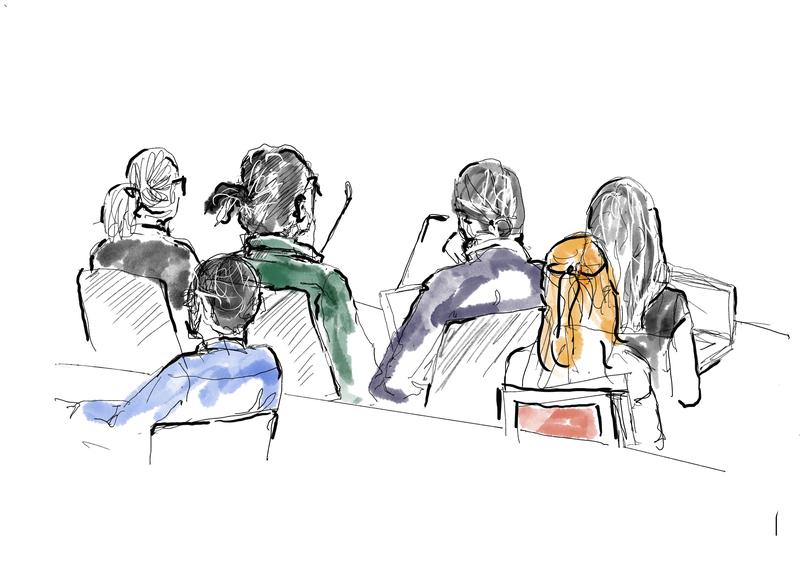 STOCKHOLM (Reuters) – U.S. rapper A$AP Rocky told a Swedish court on Thursday he had tried to avoid the fight in downtown Stockholm that landed him in custody and facing a charge of assault.

Rocky, whose real name is Rakim Mayers, was detained following a brawl outside a hamburger restaurant in Stockholm on June 30. Two of his entourage were also charged with assault causing actual bodily harm.

All three pleaded not guilty at the start of the trial on Tuesday with Mayers’ lawyer saying the rapper acted in self-defense.

Giving testimony for the first time Mayers said he had been scared after his group was followed by the plaintiff, a 19-year-old man, and his friend.

“We wanted to defuse the situation and get away from these guys,” Mayers told the court.

When the two men attacked Mayers’ bodyguard, he reacted, grabbing 19-year-old Mustafa Jafari and throwing him to the ground.

“At this point I intervened. I threw him to the ground, and stepped on his arm, kicked him. I punched or shoved him,” Mayers said.

On Tuesday, Jafari told the court he had been pushed and grabbed by the neck by Mayers’ bodyguard outside a restaurant and followed the rapper’s group to get back a pair of headphones.

He said he was then hit on the head with a bottle and kicked and punched by the three men while he was on the ground.

The trial is scheduled to end on Friday. The court will then announce a date for the verdict and say whether Mayers must remain in custody until that time.