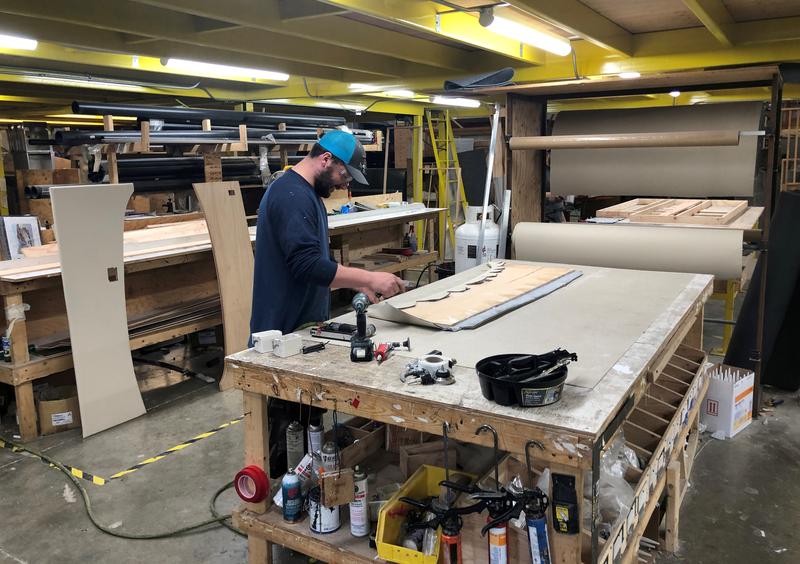 WASHINGTON (Reuters) – U.S. producer prices increased moderately in July, lifted by a rebound in the cost of energy products, while underlying producer inflation retreated, which could allow the Federal Reserve to cut interest rates again next month.

The benign inflation report from the Labor Department on Friday could boost expectations for a half-percentage-point cut at the Fed’s Sept. 17-18 policy meeting.

Financial markets have fully priced in a rate cut following a recent escalation in the bitter trade war between the United States and China, which led to an inversion of the U.S. Treasury yield curve and raised the risk of a recession.

Worries about the trade war’s impact on the economic expansion, the longest on record, prompted the U.S. central bank to lower its short-term rate last week for the first time since 2008.

“Weak producer prices are a reflection of a dramatic slowdown in manufacturing due to the global trade war,” said Chris Rupkey, chief economist at MUFG in New York. “We expect a second rate cut by the Federal Reserve in September as the manufacturing sector and world economies continue to slow.”

The producer price index for final demand rose 0.2% last month after nudging up 0.1% in June, the government said. In the 12 months through July the PPI increased 1.7% after advancing by the same margin in June. Last month’s increase in the PPI was in line with economists’ expectations.

Excluding the volatile food, energy and trade services components, producer prices edged down 0.1% last month. That was the first decline since October 2015 and followed an unchanged reading in June. The so-called core PPI increased 1.7% in the 12 months through July, the smallest gain since January 2017, after rising 2.1% in June.

The Fed, which has a 2% inflation target, tracks the core personal consumption expenditures (PCE) price index for monetary policy. The core PCE price index increased 1.6% on a year-on-year basis in June and has undershot its target this year.

U.S. Treasury yields turned lower after the release of the data while the dollar modestly extended losses against the yen and euro. U.S. stock index futures were trading lower.

Tariffs on Chinese goods so far have had a marginal impact on inflation as they have mostly been on capital goods.

That could change after President Donald Trump announced last week an additional 10% tariff on $300 billion worth of Chinese imports starting Sept. 1. The new tariffs would affect mostly consumer goods.

In July, wholesale energy prices rebounded 2.3% after falling 3.1% in the prior month. They were boosted by a 5.2% percent jump in gasoline prices. Goods prices increased 0.4% last month, reversing June’s 0.4% decline.

Energy prices accounted for more than 80% of the rebound in the cost of goods last month. Wholesale food prices rose 0.2% in July after advancing 0.6% in June. Core goods prices edged up 0.1% after being unchanged for three straight months.

The cost of services fell 0.1% in July, the first decrease since January, after rising 0.4% in June. Services were pulled down by a 4.3% drop in the cost of hotel and motel rooms.

The cost of healthcare services edged up 0.1% last month after rising 0.2% in June. The cost of doctor visits dropped 0.5% last month, the most since January 2016, after being unchanged in June.

Those healthcare costs feed into the core PCE price index.