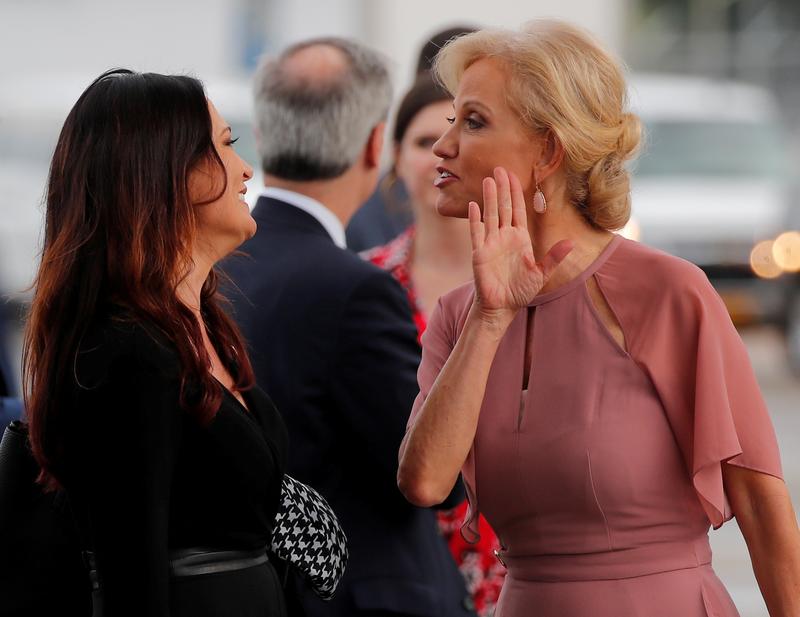 WASHINGTON (Reuters) – A U.S. House of Representatives panel warned in a letter it could subpoena the testimony of Kellyanne Conway, a senior adviser to President Donald Trump, if she does not appear at a scheduled hearing this week.

The House Oversight Committee, chaired by Democrat Elijah Cummings, said it would vote on a potential subpoena if Conway does not testify before lawmakers at a scheduled Wednesday session focused on her alleged violations of the Hatch Act.

The 1939 law prohibits executive branch employees from engaging in some political activities.

The hearing was scheduled after the Office of Special Counsel, a U.S. government watchdog agency, earlier this month recommended Conway be fired for repeatedly violating the Hatch Act by disparaging Democratic presidential candidates while speaking in her official capacity during television interviews and on social media.

Trump has said he would not fire 52-year-old Conway, a former political pollster who became Trump’s campaign manager in 2016 and the first woman to oversee a winning U.S. presidential campaign.

If Conway does not testify at the hearing, the Committee plans to hold a business meeting to consider authorizing a subpoena for the White House advisor for “testimony in connection with her failure to comply with the Hatch Act and ethics laws,” Cummings wrote in a letter to Committee members dated Friday.

The threat is a sign of growing frustration among House Democrats who have been thwarted in their efforts to hold to account the Trump administration. Senior administration officials including Treasury Secretary Steven Mnuchin, Commerce Secretary Wilbur Ross and Attorney General William Barr have all defied subpoena requests from Democratic-led House panels in recent months.

Now serving as counselor to the president at the White House, Conway regularly defends Trump and attacks his rivals online and in television interviews, often on the White House grounds.

The Special Counsel’s office, an independent agency, is run by lawyer Henry Kerner, who was confirmed by the Senate in October 2017 after Trump nominated him for the position.