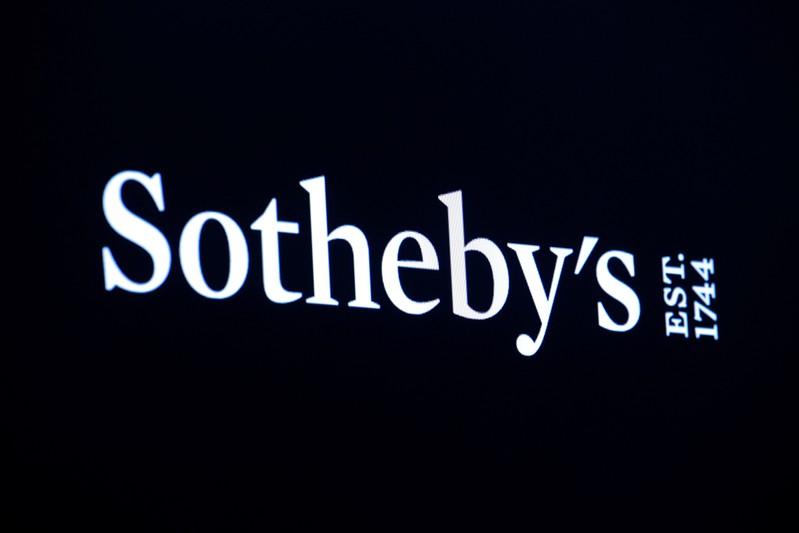 NEW YORK (Reuters) – A U.S. judge on Friday rejected Greece’s effort to dismiss an unusual lawsuit in which Sotheby’s and the owners of an ancient Greek bronze horse sued the country, seeking court permission to put the statue on the auction block.

FILE PHOTO: A screen shows the logo for Sotheby’s on the floor at the New York Stock Exchange (NYSE) in New York, U.S., June 17, 2019. REUTERS/Brendan McDermid

Greece had argued that the case should be dismissed, warning that a broad interpretation of the commercial activity exception “would have a chilling effect on the ability of foreign sovereigns to protect their cultural heritage.”

Leila Amineddoleh, a lawyer for Greece, said “we’re obviously disappointed” with the decision, adding that the country may appeal.

Gary Stein, a lawyer for Sotheby’s, declined to comment.

The June 2018 lawsuit was thought to be Sotheby’s first against a government, according to the Financial Times.

Filed by Sotheby’s and descendants of art collectors Howard and Saretta Barnet, the lawsuit sought a declaration that the family owned the 14-centimeter (5.5-inch) high horse, which dates from the 8th century BC – and that Sotheby’s could sell it.

But the plaintiffs said the auction was scuttled when Sotheby’s received a “demand letter” from Greece’s Ministry of Culture on May 11, 2018, which said the horse had been stolen and must be returned to the country.

In her 18-page decision, Failla said Greece engaged in commercial activity by sending the letter, triggering the exception to sovereign immunity.

She also said some U.S. courts have said acts taken to advance a sovereign country’s cultural mission could be deemed commercial in nature.

The case is Barnet et al v Ministry of Culture and Sports of the Hellenic Republic, U.S. District Court, Southern District of New York, No. 18-04963.