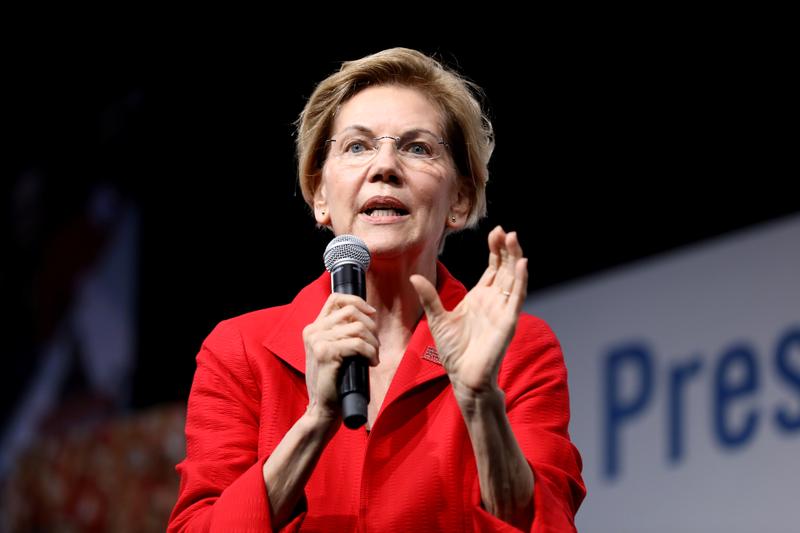 Speaking at a hastily convened forum in Iowa, they called for the imposition of universal background checks on gun buyers, so-called “red flag” laws, and ultimately a ban on military-style assault weapons.

They also said they believed the long-standing debate on gun violence in America was shifting in favor of stronger restrictions.

The candidates took questions from gun-control advocates and shooting survivors at a program sponsored by Everytown for Gun Safety, an advocacy group founded by former New York Mayor Michael Bloomberg.

In the shootings in El Paso, Texas, and Dayton, Ohio, the gunmen used semi-automatic weapons with high-volume magazines.

Pete Buttigieg, the mayor of South Bend, Indiana, called for those weapons to be taken off the streets.

“They have no basis in our neighborhoods in peacetime in the United States of America,” Buttigieg said.

Buttigieg was among a group of more than 200 mayors who sent a letter to Senate Majority Leader Mitch McConnell, a Republican, this week urging him to cancel the August recess and summon lawmakers back to Washington to vote on gun-control legislation.

Several 2020 candidates highlighted how they would use the executive powers of the presidency to pursue gun-control measures if Congress again fails to act.

Warren said she would impose increased background check requirements and more reporting on multiple gun purchases, and expand age restrictions to limit teenage access to guns. She said she would also push to do away with the filibuster, which would allow gun legislation to pass the Senate by a simple majority vote.

U.S. Senator Kamala Harris of California, who has said if elected she would give Congress 100 days to put a gun control bill on her desk, said they need to have “the courage to act.”

“It’s not like we are waiting for a good idea, all of the good ideas have been had … we do not lack for ideas,” she said.

U.S. Senator Michael Bennet of Colorado – where 12 were killed in a high-profile mass shooting at Columbine High School in 1999 and another 12 were killed and 70 injured during a 2012 massacre at a movie theater – said he would “galvanize every single federal agency” to treat gun violence as a “public safety crisis.”

Iowa is a key focus of campaigning because in February the state will hold the first nominating contest in the Democratic presidential primaries ahead of the November 2020 presidential election.

Many have called for measures such as an assault weapon ban, universal background checks and other gun control reforms long stymied by partisan fighting in Washington.

Trump on Friday suggested that he could sway the nation’s powerful pro-gun lobby, the National Rifle Association, to drop its opposition to gun restrictions. He also said he had assured the organization that its viewpoint would be “fully represented.”

U.S. Senator Amy Klobuchar of Minnesota suggested on Saturday that Trump would not stand up to the group. “We have a guy in the White House who is afraid, afraid of the NRA,” she said, criticizing McConnell for refusing to bring a background check bill and other legislation to the floor for a vote.

U.S. Senator Bernie Sanders of Vermont said, “People in America who should not own guns based on their history, will not own guns under a Sanders administration.”

Former Vice President Joe Biden, the current Democratic front-runner, touted his work in the Senate in the 1990s passing an assault weapons ban that has since expired.

“I’ve taken on the NRA nationally, and I’ve beaten them,” Biden said.

“Red flag” laws would allow the police to temporarily confiscate guns from people deemed by a judge to be a threat to themselves or others.

Candidates also want to close the so-called “boyfriend loophole,” which permits convicted domestic abusers to continue to purchase firearms if they were not married to their victims.

U.S. Senator Cory Booker of New Jersey, who could not attend Saturday’s forum due to a funeral, dedicated his seven-minute allotment at a Democratic fundraising dinner on Friday night to gun violence, noting that 2020 rival Beto O’Rourke was not present due to one of last week’s shootings being in his home town of El Paso.

Media magnate Bloomberg has pledged to use his well-funded political action committee in next year’s elections to defeat candidates who resist gun-reform legislation.

If the current push for new restrictions fails, as has happened in the past, Bloomberg said, “We have make sure all those who stood in the way face the consequences.”