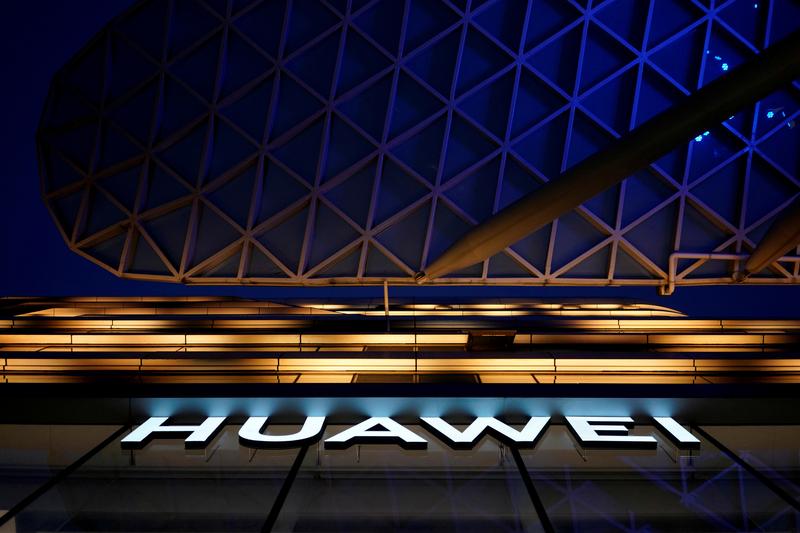 SAN FRANCISCO/WASHINGTON (Reuters) – Huawei’s American chip suppliers, including Qualcomm and Intel, are quietly pressing the U.S. government to ease its ban on sales to the Chinese tech giant, even as Huawei itself avoids typical government lobbying, people familiar with the situation said.

Executives from top U.S. chipmakers Intel and Xilinx Inc attended a meeting in late May with the Commerce Department to discuss a response to Huawei’s placement on the black list, one person said.

The ban bars U.S. suppliers from selling to Huawei, the world’s largest telecommunications equipment company, without special approval, because of what the government said were national security issues.

Qualcomm has also pressed the Commerce Department over the issue, four people said.

Chip makers argue that Huawei units selling products such as smartphones and computer servers use commonly available parts and are unlikely to present the same security concerns as the Chinese technology firm’s 5G networking gear, according to three people.

“This isn’t about helping Huawei. It’s about preventing harm to American companies,” one of the people said.

Out of $70 billion that Huawei spent buying components in 2018, some $11 billion went to U.S. firms including Qualcomm, Intel and Micron Technology Inc.

Qualcomm, for example, wants to be able to continue shipping chips to Huawei for common devices like phones and smart watches, a person familiar with the company’s situation said.

The Semiconductor Industry Association (SIA), a trade group, acknowledged it arranged consultations with the U.S. government on behalf of the companies to help them comply and brief officials on the impact of the ban on the companies.

“For technologies that do not relate to national security, it seems they shouldn’t fall within the scope of the order. And we have conveyed this perspective to government,” said Jimmy Goodrich, vice president of global policy at SIA.

The ban came soon after the breakdown of talks to end the months-long trade spat between China and the United States, spurred by U.S. allegations of Chinese corporate espionage, intellectual property theft and forced technology transfer.

Google, which sells hardware, software and technical services to Huawei, has also advocated so it can keep selling to the company, Huawei Chairman Liang Hua told reporters in China earlier this month.

The online search company, a unit of Alphabet Inc, said in a statement that it works with Commerce to ensure it is in compliance with the new rules.

A Commerce Department representative said the agency “routinely responds to inquiries from companies regarding the scope of regulatory requirements,” adding that the conversations do not “influence law enforcement actions.”

In an interview in Mexico, Andrew Williamson, vice president of Huawei’s public affairs, said the company had not asked anyone specifically to lobby on its behalf.

“They’re doing it by their own desire because, for many of them, Huawei is one of their major customers,” he said, adding that chipmakers knew that cutting Huawei off could have “catastrophic” consequences for them.

China watchers say U.S. suppliers are essentially trying to thread the needle – not wanting to be seen as aiding an alleged spy, thief and sanctions violator, but fearful of losing a good client and encouraging it to develop supplies elsewhere.

Huawei itself, which is also a top smartphone maker, has done very little traditional lobbying in Washington on the matter, but has considered sending a letter to the Commerce Department, two people familiar with Huawei’s thinking said.

“We simply have no channel of communication,” Liang told reporters earlier this month.

A month after being blacklisted, Huawei has not spoken to the United States government about the matter, two people said.

Huawei had been cutting back its lobbying efforts even before the ban. Last year, it laid off five employees at its Washington office, including its vice president of external affairs, and slashed lobbying expenditures, Reuters reported.

Still, Huawei has put up a vigorous legal fight and unleashed a public relations campaign to defend itself against the U.S. government’s allegations. It ran a full-page ad in major U.S. newspapers in February following a string of interviews with Huawei Chief Executive Ren Zhengfei aimed at softening its dark image in the West.

Huawei’s response underscores its recognition of its waning influence with the Trump administration, which has launched a global campaign against the company, analysts said.

“Huawei is at a loss over what they should do next,” said Jim Lewis, a cyber expert with Washington’s Center for Strategic and International Studies. “It is in a really bad position in the U.S. Nobody is looking out to do Huawei a favor.”

Even so, the ban has had real repercussions.

Broadcom, which has not been lobbying the Commerce Department, sent a shockwave through the global chipmaking industry when it forecast that the U.S.-China trade tensions and the Huawei ban would knock $2 billion off its sales this year.

The Commerce Department did make a concession just days after the ban was put in place, announcing on May 20 that it would offer a temporary general license allowing Huawei to purchase U.S. goods so it can help existing customers maintain the reliability of networks and equipment.