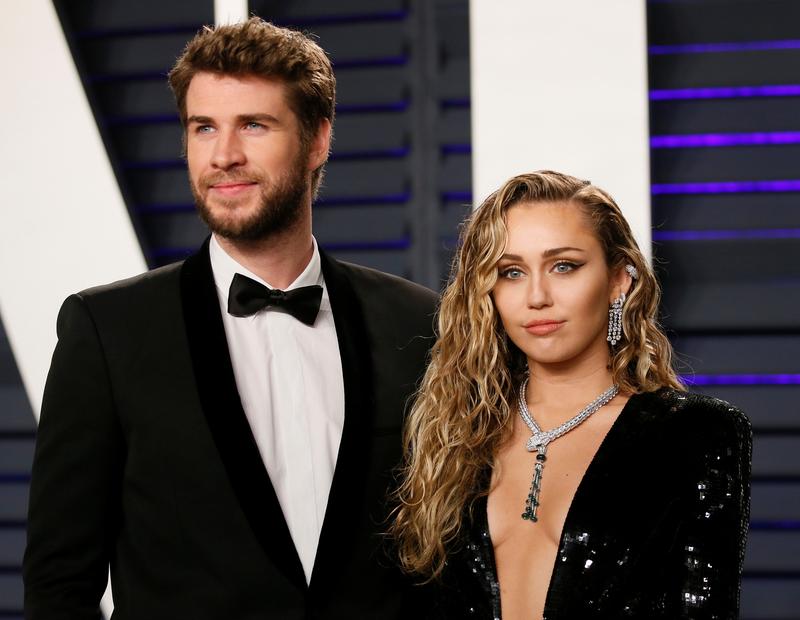 LOS ANGELES (Reuters) – Pop star Miley Cyrus on Thursday said she was no angel, but angrily denied rumors she had cheated on her estranged husband, actor Liam Hemsworth.

In a series of postings on Twitter a day after Hemsworth filed for divorce after just seven months of marriage, the 26-year-old singer said she had nothing to hide.

“You can say I am a twerking, pot smoking, foul mouthed hillbilly but I am not a liar,” the “Wrecking Ball” singer wrote.

“I can admit to a lot of things but I refuse to admit that my marriage ended because of cheating,” she said.

Hemsworth and Cyrus announced through a representative earlier this month that they had separated, shocking fans of the former Disney Channel child star and leading to rumors and speculation in celebrity media about the cause.

A day later, Cyrus was photographed kissing celebrity blogger and reality TV star Kaitlynn Carter on a boat in Italy. Last week she released a break-up single, “Slide Away,” with lyrics that suggested Hemsworth had alcohol issues, which sources close to him have denied.

Cyrus tweeted on Thursday that although she would always love Hemsworth, who she met 10 years ago and married in December 2018, she “had to make a healthy decision for myself to leave a previous life behind.”