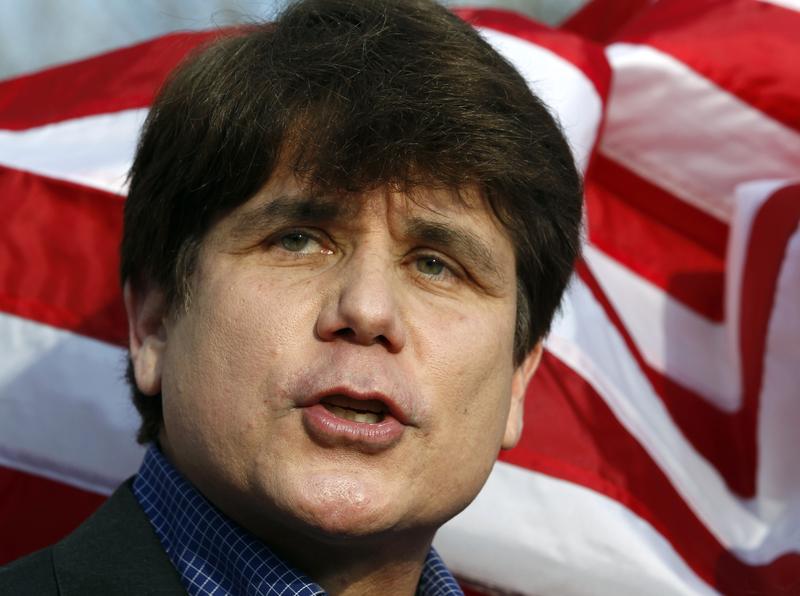 FILE PHOTO: Former Illinois Governor Rod Blagojevich makes a statement to reporters outside his Chicago home one day before reporting to federal prison in Colorado to serve a 14-year sentence for corruption, March 14, 2012. REUTERS/Jeff Haynes/File Photo

Blagojevich was convicted on charges including wire fraud, extortion and soliciting bribes while governor. He served from January 2003 to January 2009, when the Illinois Senate removed him from office. Blagojevich began serving a 14-year prison sentence in 2012.

“I thought he was treated unbelievably unfairly,” Trump told reporters on Air Force One. “I am thinking about commuting his sentence.”

“I think it’s enough, seven years,” Trump said, adding that Blagojevich was not a friend and not a member of the same political party. “Not a friend of mine. He’s a Democrat, not a Republican. It’s Illinois. I think he was treated very very unfairly, just as others were.”

The White House has suggested before that such a commutation was possible. An official said last year that the president was still considering the issue.