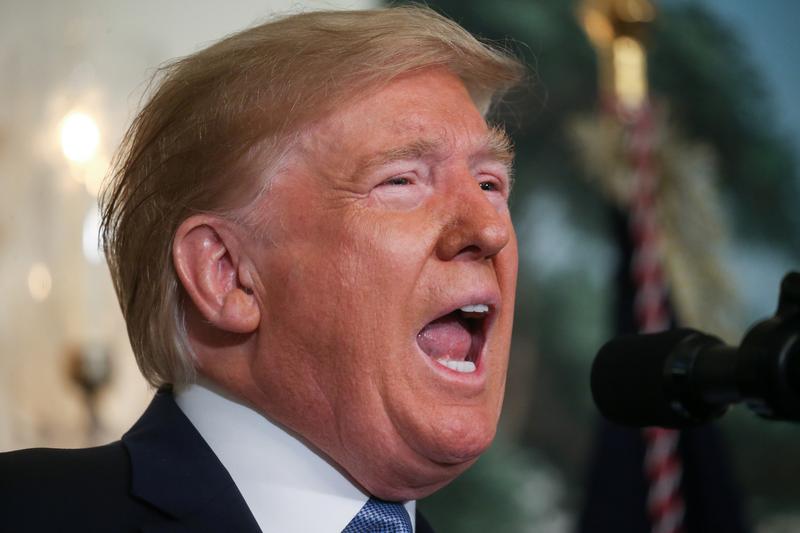 WASHINGTON (Reuters) – U.S. President Donald Trump will postpone a trip to Florida planned for Tuesday due to the mass shootings in Texas and Ohio over the weekend, a White House official said on Monday.

Trump had planned to speak about improving Medicare and sign a related executive order at The Villages, a large retirement community near Orlando whose Republican owner is a Trump supporter and donor, according to media reports.

Earlier on Monday, Trump addressed the nation from the White House after two weekend shootings in El Paso and Dayton left at least 29 people dead.

The Republican president condemned racism and white supremacy, but did not address criticisms that his rhetoric had fueled such bigotry. He also outlined broad policy prescriptions, but did not announce any immediate actions to curb future attacks.

A Democratic lawmaker who represents the El Paso area, U.S. Representative Veronica Escobar, told MSNBC earlier on Monday that Trump may visit the area. U.S. aviation regulators also posted two notices of “VIP Movement” in El Paso and Dayton on Wednesday but gave no other details.

Representatives for the White House did not respond to a request for comment on any planned trips or other travel changes.

Trump is scheduled to visit an ethanol facility in Pennsylvania on Thursday and to hold a campaign rally on Aug. 15 in New Hampshire as part of his 2020 re-election bid.