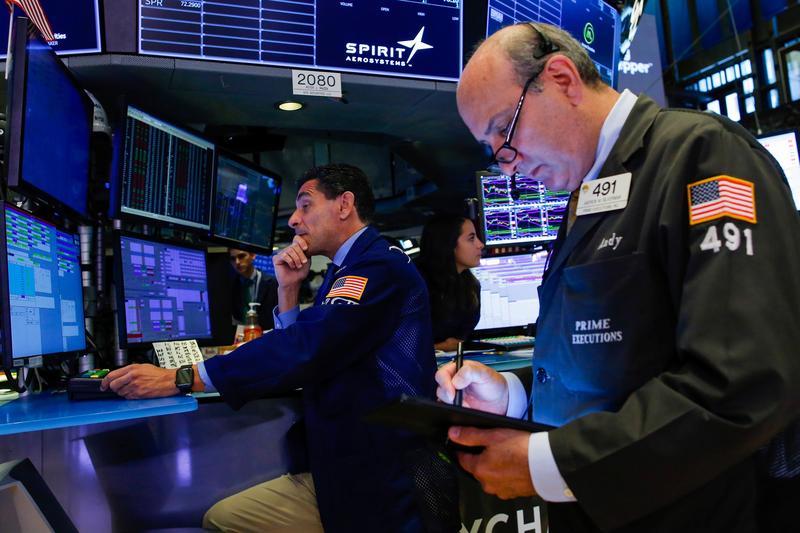 Trump’s assertion that the U.S. would be “far better off” without China wiped out what would have been Wall Street’s first weekly gain since July, while also knocking back the impact of a speech by Federal Reserve Chief Jerome Powell supporting further cuts in interest rates.

China had earlier hit back with tariffs on U.S. goods worth $75 billion including agricultural products, crude oil, small aircraft and cars. Tariffs on some products would take effect on Sept. 1 and others on Dec. 15.

“It has heightened chances of a recession. The President is his own worst enemy when he tries to manage both fiscal and monetary policies.”

Trump also reacted furiously to Powell linking the trade war to risks to the U.S. economy.

All the major S&P subsectors were in the red, with tariff-sensitive sectors such as technology, industrials, energy and materials selling off the most.

Apple Inc, which has borne the brunt of the recent developments in the tariff war, was down 4%, weighing the most on Dow. Chipmakers, which rely heavily on China for their revenue, also took a hit, with the Philadelphia chip index sliding 3.6%.

U.S. stocks had earlier recovered after Powell said the central bank would “act as appropriate” to keep the current economic expansion on track, supporting bets on a further decline in key borrowing costs.

With a spike in trade tensions, traders have revived expectations of a more aggressive 50 basis point rate cut by the Fed in September, according to CME Group’s FedWatch tool.

“Interest rate cuts, while they help the economy, they’re not going to be enough to offset a major global trade war. It seems that’s the direction we’re heading in,” said Michael O’Rourke, chief market strategist at JonesTrading in Greenwich, Connecticut.

Shares of Bunge Ltd fell 2.8%, while those of Archer Daniels Midland Co were down 1.4%, after China said it would impose an extra 5% tariff on U.S. soybeans and additional 10% duties on U.S. wheat, corn and sorghum.