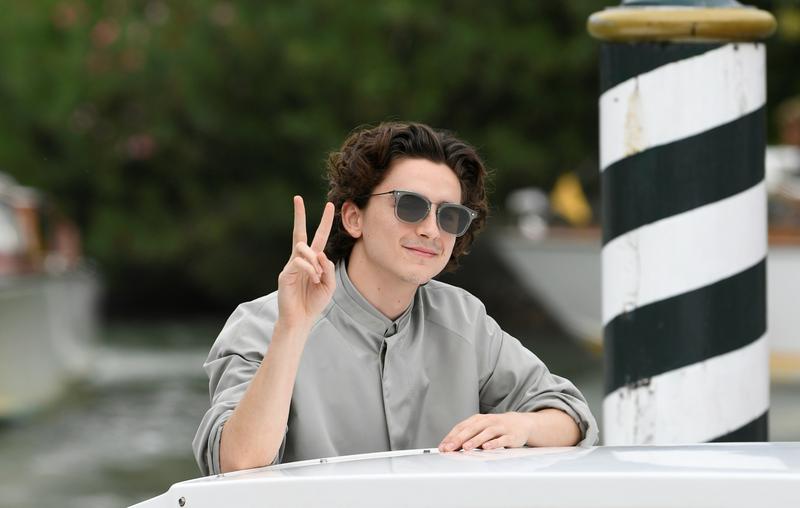 VENICE, Italy (Reuters) – Timothee Chalamet goes from reluctant heir to powerful monarch in “The King”, a role he described as “terrifying” in a coming-of-age tale loosely based on William Shakespeare’s plays about Prince Hal and his transformation into Henry V.

Chalamet’s Hal, like Shakespeare’s in his plays Henry IV parts one and two, prefers to live away from the palace, among common folk, carousing with his hard-drinking friend and mentor, knight Sir John Falstaff, played by Joel Edgerton.

When Hal’s father, Henry IV, dies, he reluctantly ascends the English throne, assuming new responsibilities and vowing to bring order and peace to the warring chaos he has inherited.

“It just seemed like something really out of the wheelhouse and for that reason it was terrifying,” Chalamet said at a news conference at the Venice Film Festival, where the movie premieres on Monday.

“As every teacher I’ve had in every drama school I went to says, chase the things that are challenging; your work will be a form of attrition if you keep working on the things you are comfortable with.”

The 23-year-old actor, known for “Beautiful Boy” and “Call Me by Your Name” which earned him an Oscar nomination, said he had not done film stunt work as he did in “The King”, which includes a key scene replicating the 1415 Battle of Agincourt.

Director David Michod and Edgerton, who played Hal fresh out of drama school, said the film was a mix of history, Shakespeare and their own imaginations.

“We worked out really early on that we were going to drift away from the plays themselves … Both of us did a huge amount of deep dive research … and then we made a whole bunch of stuff up too,” Michod said.

“And the upshot of it is that I sit here now before you today and I honestly can’t remember what’s real, what’s made up and what’s from Shakespeare.”

“We’re talking about a time period in which women were given almost no power… and no choice over their own lives,” she said.

“The way in which my character harnesses her power in a very calm way but with a lot of conviction and a lot of strength is a really nice message to send especially at this time.”

Edgerton said the battle scene was shot over two weeks in a muddy field in Hungary.

“One day … at the end of the take, I realized I had literally mud over my entire face and for some reason it just made me really happy,” he said.

The Netflix film is screening out of competition at the Venice festival.