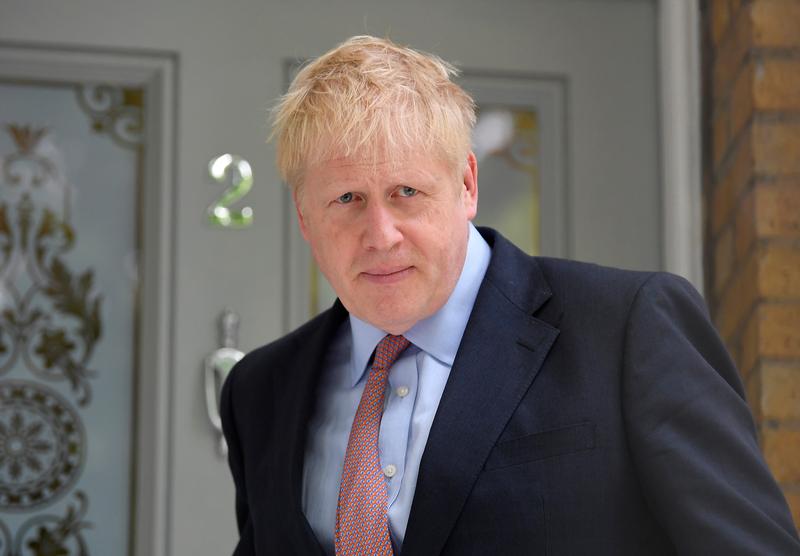 LONDON (Reuters) – Several hopefuls vying to replace British Prime Minister Theresa May turned their fire on favorite Boris Johnson on Sunday, questioning his pledge to leave the European Union by the end of October no matter what.

With former London mayor and foreign minister Johnson keeping a low profile, the other candidates have targeted the air waves to present their cases to lead the governing Conservative Party. But the question always returns to “Boris”.

At a Channel 4 debate, his absence was marked by an empty lectern. That left the five other candidates to argue over which man was best placed to deliver Brexit in testy exchanges International Development Minister Rory Stewart described as a competition of “machismo”.

But Johnson, who unlike many politicians is better known by his first name, was often mentioned and his relative silence has so far done little to dent his popularity. He secured a large lead in the first round of voting by Conservative lawmakers and his team hopes for an increased share this week in the second.

In his weekly Telegraph newspaper column, Johnson ignored the criticism over his absence, instead turning his attention to the “digital divide” in Britain.

Knowing Johnson is the man to beat, candidate after candidate questioned his ability to navigate Britain’s departure from the EU, saying his pledge to leave on Oct. 31 was nigh on impossible and would set Britain on track for a no-deal Brexit.

“The difference between me and Boris is that I would try for a deal,” said Foreign Minister Jeremy Hunt, who is placed third favorite in the leadership contest.

“I am not going to create a set of circumstances that makes it all but impossible to get a deal because I think we should be offering the country some better choices,” he told the BBC.

He later poked fun at Johnson, using the television debate to ask “Where is Boris?”

“If his team won’t allow him out to debate with five pretty friendly colleagues how is he going to fare with 27 European countries? He should be here to answer that very question.”

Almost three years since Britain voted to leave the EU, the country, parliament and both main parties are still deeply divided over how, when and even whether Brexit should happen.

Brexit has claimed two prime ministers. David Cameron resigned shortly after a 2016 referendum, and now May is making way for a successor because of her failure to get a deal she agreed with the EU through parliament.

Brexit is dominating the Conservative leadership race, with several of the candidates, albeit some of them reluctantly, saying they would lead the nation out without a deal.

Rory Stewart, who wants to rule out a no-deal Brexit, took issue with the argument of Johnson and other candidates that the only way to get an improved deal from the EU was to prepare for leaving without an agreement and use that as leverage.

“They are not scared of it because it is not a credible threat. The European Union knows no deal cannot get through parliament,” said Stewart, a relative unknown who has shot up the bookmakers’ odds to be placed second.