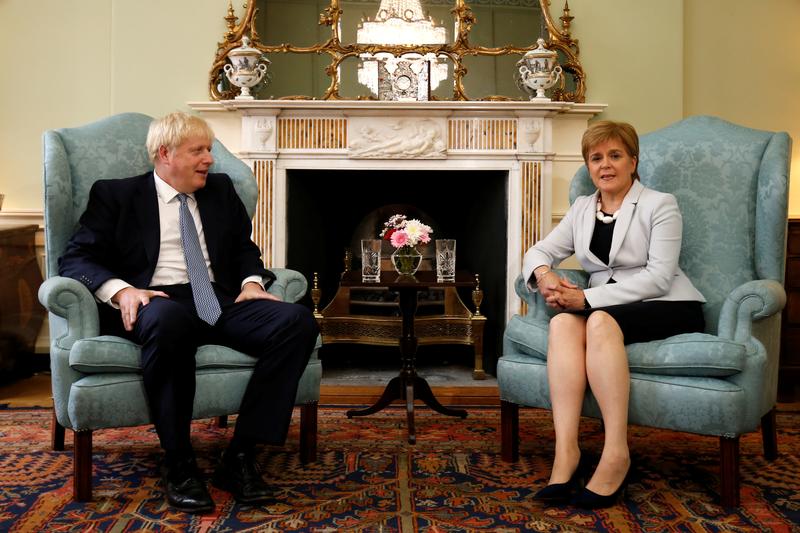 Speaking to reporters after a meeting with Johnson in Edinburgh, Sturgeon said there was no clarity on how he planned to reach a new exit deal when the European Union has repeatedly said it will not renegotiate the Withdrawal Agreement it reached with his predecessor Theresa May.

“That makes me think that whatever Boris Johnson might be saying publicly about his preference being to strike a deal, in reality he is really pursuing a no-deal Brexit because that is the logic of the hardline position that he has taken,” she said.

“I think that is extremely dangerous for Scotland, indeed for the whole of the UK.”

Johnson told Sturgeon that while he would prefer to negotiate a new exit deal with the EU, Britain would be leaving the bloc on October 31 “come what may”, his office said.

Some senior politicians have warned a no-deal Brexit could make the break up of the United Kingdom more likely and Sturgeon last week wrote to Johnson to say she would continue preparations for a second independence referendum.

“It is not in my view a democratic position to block the right of the people of Scotland to choose and I made that clear to him,” Sturgeon said after the meeting with Johnson.

The Scottish government will consider the timetable of its push for another vote over the summer, she said, adding: “Obviously what happens over that period with the negotiations around Brexit will have an impact on the decision that we make.”