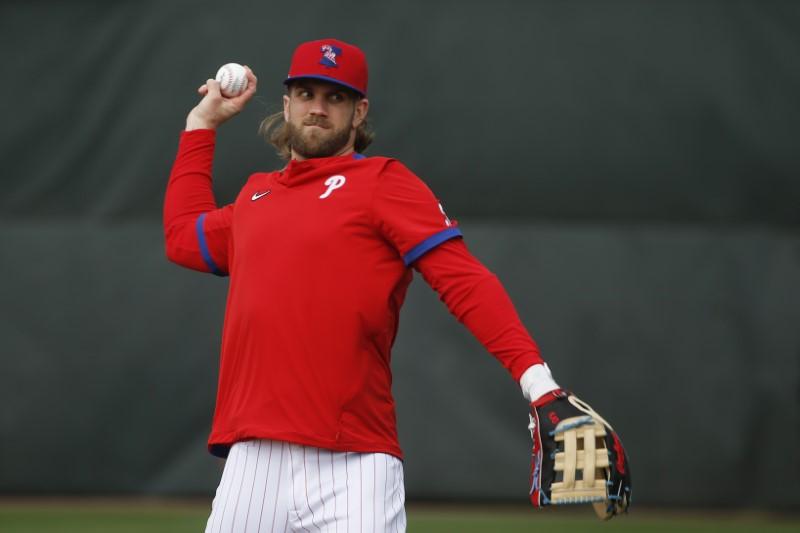 Bryce Harper hit his first two homers of the spring and drove in four runs on Wednesday to help the Philadelphia Phillies record a 9-7 victory over the visiting Pittsburgh Pirates at Clearwater, Fla.

Carlos De La Cruz hit a tiebreaking two-run blast in the bottom of the eighth for the Phillies.

Harper hit a two-run blast to cap a three-run first inning and added a two-run shot in the fourth. J.T. Realmuto went 3-for-3 and led off the bottom of the first with a homer for Philadelphia.

Peter O’Brien hit two homers and Atlanta rallied from a five-run deficit to knock off host Pittsburgh at Bradenton, Fla. Josh Bell homered for the Pirates, who allowed three runs in the top of the ninth.

Hunter Renfroe, Kevin Kiermaier and Randy Arozarena drove in two runs apiece to help Tampa Bay knock off visiting Toronto at Port Charlotte, Fla. Bo Bichette was 2-for-2 with a walk, a triple and three RBIs for the Blue Jays.

Christian Lopes hit a two-run homer in the eighth inning to lift host Miami past Houston at West Palm Beach, Fla. Michael Brantley had a run-scoring double for the Astros.