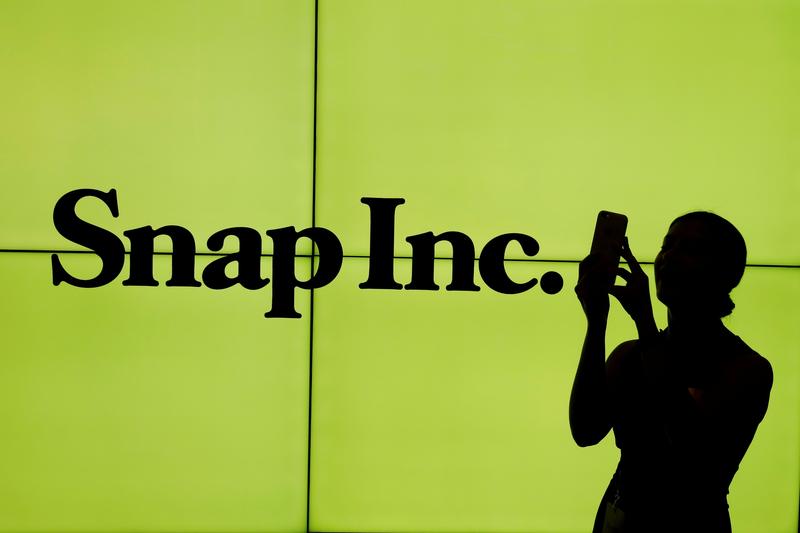 FILE PHOTO: A woman stands in front of the logo of Snap Inc. on the floor of the New York Stock Exchange (NYSE) while waiting for Snap Inc. to post their IPO, in New York City, NY, U.S. March 2, 2017. REUTERS/Lucas Jackson/File Photo

(Reuters) – Snap Inc (SNAP.N) said Tuesday it will launch a new version of its Spectacles sunglasses, which will have the capability of capturing photos and videos and uploading them directly to its unit Snapchat, as the technology company works to develop its augmented reality features.

Snap has struggled to make money from its Spectacles business, and wrote down $40 million in unsold glasses in 2017.

The new Spectacles, limited edition and with fewer produced than in previous versions, allows Snap to continue experimenting with augmented reality, a key focus for it.

Spectacles 3, which will begin shipping in the fall, will cost $380, almost twice the previous version at $200 apiece. It will have dual cameras to add depth and dimension to photos and videos. After uploading the content to messaging app Snapchat, users can add new lighting, landscapes and three-dimensional effects to the images, Snap said.

Snap gained fame among its young users in part through its augmented reality (AR) features, including lenses that can overlay effects like dog ears on photos, or even change a user’s gender in Snap images.

The company added 13 million users in the second quarter, of which 7 million to 9 million were from the new AR lenses, Snap said.

Last week, Snap said it would raise $1.1 billion in debt to fund further investments in AR, content and possible acquisitions.

Snap should focus on earning more money from its content, and could potentially make investments in music, “a natural thing for people to share” on social media, said Jim McVeigh, founder of Cyndx, an investment search platform that connects companies with firms seeking to be acquired or to raise capital.