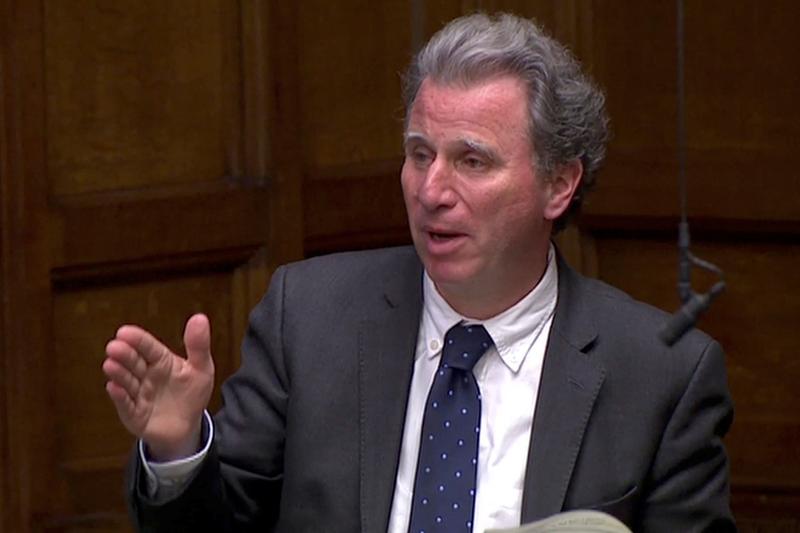 LONDON (Reuters) – A Conservative lawmaker at the centre of efforts to block a no-deal Brexit said on Saturday he was pessimistic about his chances because he and other party colleagues could not support a caretaker government led by opposition leader Jeremy Corbyn.

With Prime Minister Boris Johnson vowing to take Britain out of the European Union with or without a deal by Oct. 31, anti-Brexit politicians from all sides have been trying, and so far failing, to agree on a plan to stop it from happening.

Corbyn, leader of the main opposition Labour Party, wants a caretaker government with himself as head, and then an election.

But other opponents of a no-deal Brexit worry that Corbyn, a staunch leftist, would not win enough support, prompting leaders of smaller parties to put forward their own suggestions as to who could lead a government long enough to delay Brexit.

Oliver Letwin, a lawmaker from Johnson’s ruling Conservatives, was asked to lend his support to Corbyn this week, but he told BBC Radio on Saturday: “I don’t think it’s at all likely that a majority would be formed for that and I wouldn’t be able to support that, no.”

Asked to explain why, he said even an interim Corbyn-led government could do more damage than a disorderly exit from the world’s biggest trading bloc.

Conservative opponents of a no-deal Brexit are deeply suspicious of Corbyn, whom they see as a dangerous Marxist intent on nationalising swathes of British industry and hiking state spending and taxes.

“It’s well worth having discussions with everybody across the House because there’s probably a majority of MPs (Members of Parliament) who don’t want to have a no-deal exit but the issue is can we get all of those MPs on some alternative proposition?

“I’m not terribly optimistic about all this because I don’t see yet emerging an agreement on that,” he said.

To form a new parliamentary majority with cross-party backing, Letwin said lawmakers would first have to agree a strategy for Brexit, revealing the divisions that have hampered pro-EU politicians since they lost the 2016 referendum.

While some accept the result and want a negotiated withdrawal from the bloc to soften the economic impact, others are pushing for a second referendum in the hope of reversing the 2016 vote to leave the EU.

“There is a high likelihood, alas, that this country is going to leave without a deal on the 31st of October,” Letwin said.