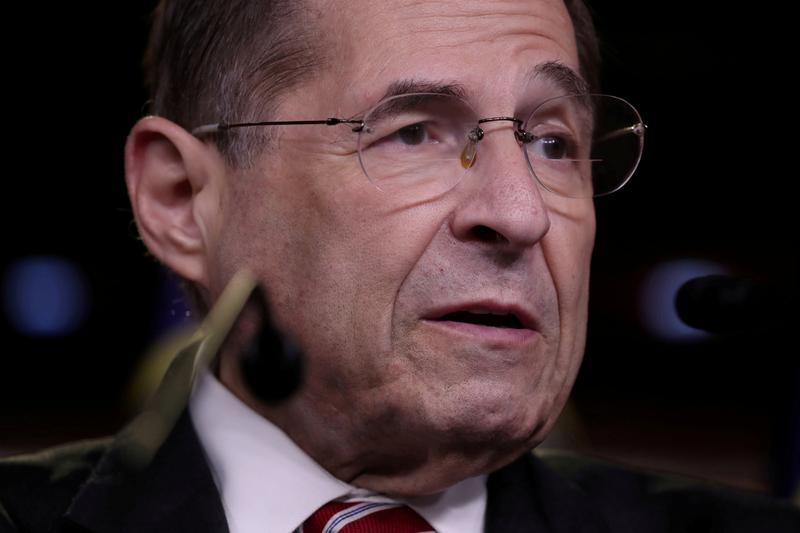 WASHINGTON (Reuters) – A senior lawmaker in the U.S. House of Representatives on Sunday rejected the notion that Democrats must decide whether to pursue the impeachment of Republican President Donald Trump before the 2020 election season shifts into high gear.

With some Democrats warning that the window for impeachment was closing with the approach of elections, House Judiciary Committee Chairman Jerrold Nadler was asked if he thought there was a deadline.

“No, I don’t,” Nadler told CNN’s “State of the Union.” His committee is charged with initiating any impeachment proceedings.

Democratic lawmakers will want to focus on their own campaigns to keep the party’s control of the House in the November 2020 elections and months-long impeachment proceedings would risk interfering with those efforts.

An investigation by Special Counsel Robert Mueller found multiple contacts between Trump’s campaign and Moscow, and several instances in which the president tried to impede Mueller’s probe.

Nadler’s panel is looking into Mueller’s conclusions, as well as whether Trump’s businesses are profiting from his presidency.

He said those issues will have an impact far beyond next year’s election.

“We have to defend the Constitution against these kinds of unconstitutional and illegal deeds,” Nadler told CNN. “And we have to make sure that a president who does that pays a penalty so that kind of conduct is not normalized and legalized in effect for the next president.”

“So we have to do this whatever time frame there is.”

U.S. Representative Adam Schiff said it was important to show the American people enough evidence to make the case for Trump’s impeachment “before we go down this path because it’s going to occupy a year of the nation’s time.”

With the White House refusing to cooperate in many congressional investigations of Trump, Schiff told NBC’s “Meet the Press” that obstructing Congress might itself become the focus of impeachment efforts.

The Judiciary panel moved a step closer to impeachment on Friday when it asked a federal court access to grand jury evidence from the Mueller probe.