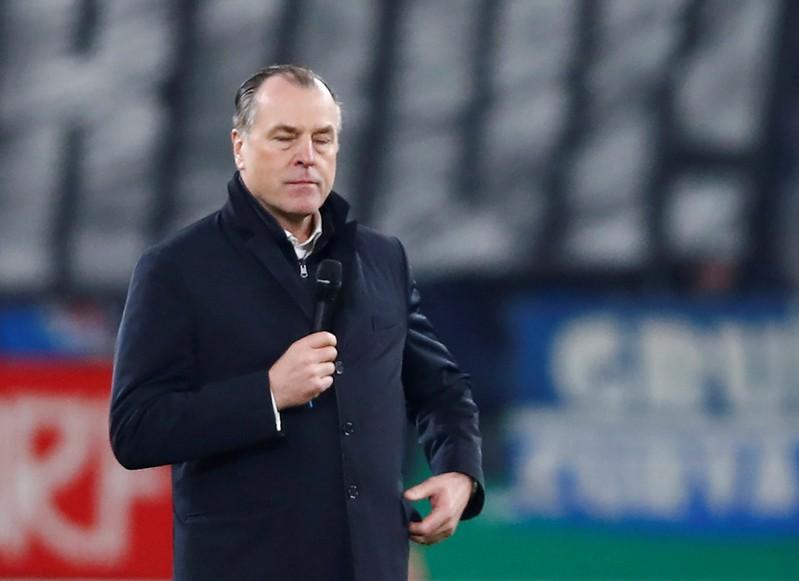 BERLIN (Reuters) – Schalke 04 president Clemens Toennies has stepped down as club boss for a period of three months following a board hearing into controversial comments he made last week triggering a racism row.

Toennies, a billionaire owner of a meat processing company, had told a conference last week that instead of increasing taxes to protect the environment there should be more power stations built in Africa.

“Then the Africans would stop cutting down trees and produce babies when it is dark,” Toennies said in his speech in Paderborn.

His comments instantly triggered a wave of angry reactions including from several former Schalke players, and calls for his immediate resignation from his post at the Bundesliga club that has one of the largest and most loyal fan base in Germany.

“I am a bit speechless,” said Ghanaian-born former Germany and Schalke player Gerald Asamoah. “His comments surprised me, shocked me and injured me. He is insulting me and everyone else involved.”

Toennies quickly issued a public apology saying his comments were wrong and inappropriate but said he stood fully behind the club’s fight against racism, discrimination and exclusion.

Schalke’s honorary board met late on Tuesday with Toennies and following a four-hour discussion that ran into the night rejected the claims of racism but said he had violated the club’s anti-discrimination rules.

“He accepted this violation and again expressed his regret. This is why Clemens Toennies has announced that he will step down from chair of the board for a period of three months,” the club said in a statement.

Schalke kick off their Bundesliga season next week against Borussia Moenchengladbach.