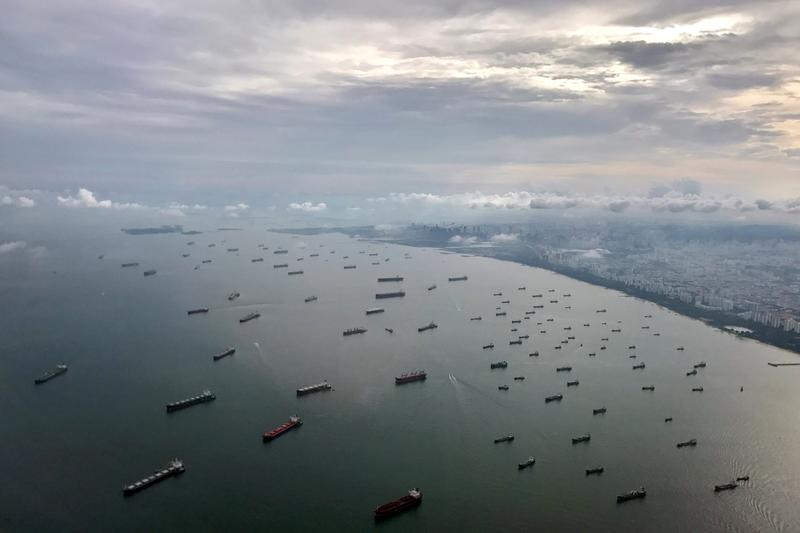 FILE PHOTO: A bird’s-eye view of ships along the coast in Singapore July 9, 2017. REUTERS/Jorge Silva

SINGAPORE (Reuters) – Irish singer Ronan Keating removed a social media post about ships near Singapore not being allowed to dock because of the coronavirus after several online users said it was misleading.

“You say it best when you say nothing at all,” Instagram user Gweezilla commented on Keating’s post, referring to his hit song made famous by the romantic comedy film “Notting Hill”.

Keating, who shot to prominence in the 1990s as a member of boyband Boyzone, posted a photograph of about two dozen ships anchored off the city on Instagram and Twitter, with a caption that said the traffic was related to the coronavirus.

But ships at sea off the world’s second-busiest port are a common sight and many social media users were quick to tell him so.

The city-state’s Maritime and Port Authority (MPA) also responded to Keating’s post on Monday, saying a ship arrives or leaves Singapore every 2-3 minutes and that there can be about 1,000 ships there at any one time.

Keating’s posts were not available on Tuesday. Keating on Saturday performed at an event in Jakarta, Indonesia, but it was not immediately clear if he was in Singapore.

Singapore has had just over 100 cases of the coronavirus.

Reporting by Aradhana Aravindan and John Geddie in Singapore; Editing by Robert Birsel