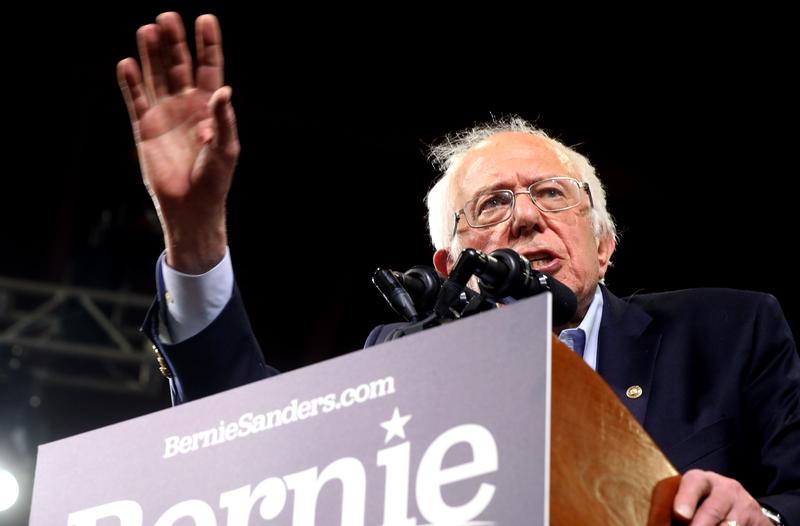 The county is one of several big jurisdictions in California that used new voting machines and procedures in the 14-state Super Tuesday primary, a day when millions turned out to vote.

It was not immediately clear if the injunction had been granted; elections officials did not respond to requests for comment and online court filings did not show a response from the judge.

Polls in California, the largest prize in the Super Tuesday nominating contest, officially closed at 8 p.m. PT (0400 GMT) but voting rules allowed anyone in line at that time to cast a ballot.

The Sanders campaign alleged in papers filed in Los Angeles federal court that “multiple polling locations in the County have experienced extreme wait times for individuals to vote, including wait times up to four hours to cast a ballot.”

Other problems plagued voting centers in several California counties for about 90 minutes on Tuesday morning, said Sam Mahood, spokesman for the California secretary of state’s office.

Vote centers in fifteen counties, including Sacramento, had connectivity issues with the state’s voter registration database, making it difficult to check voters into centers and update records. There was no evidence of malicious activity, Mahood said.

According to the Sanders complaint, voting machines malfunctioned or arrived late, check-in technology broke down, and there was a shortage of paper around Los Angeles County, California’s largest with 5.4 million voters.

“This is the first time these voting systems have been used on a wide scale at polling locations throughout the county,” the complaint stated.

“The new technology has resulted in problems because of check-in stations not working and machine failures, with insufficient or overwhelmed tech support and an inability to implement back-ups.”