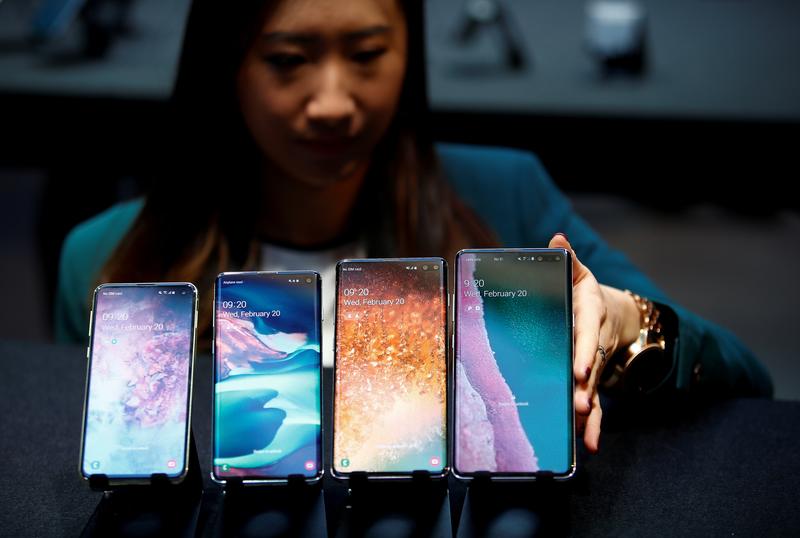 SEOUL (Reuters) – Samsung Electronics (005930.KS) warned on Wednesday that Japanese curbs on the export of chip-making materials was blurring its outlook and said it would delay a plan to return money to shareholders due to “significant new challenges.”

The South Korean tech giant also posted a 56% plunge in June-quarter profit as an oversupply of memory chips continued to weigh down prices.

The profit decline and uncertain outlook overshadowed the company’s optimism that the chip market had bottomed out and would start to recover in the second half. Samsung shares were down almost 3%, underperforming the broader market .KS11.

“As a result, we no longer believe it is possible to reasonably predict or forecast our free cash flow for 2018 through 2020,” Yi added.

Like other global tech companies, Samsung has been hurt by a long-running trade war between the United States and China, and an escalating spat between Japan and South Korea is likely to pressure third-quarter results.

Outlook from the chip leader is closely watched by investors as a barometer for demand of smartphones and other electronics, as well as servers that process massive amounts of data.

The company will be flexible about memory-chip production, Samsung said on a post-earnings call. Smaller South Korean rival SK Hynix (000660.KS), which also has warned of possible disruption in its chip manufacturing due to the Japanese curbs, said it would cut investment and production to curtail supply.

Samsung, also the world’s biggest smartphone maker, said its mobile business remained weak. Its stock, which has gained 20% so far this year, fell 2.6% as of 0338 GMT while the broader market was down 0.9%.

The firm projected that inventories of NAND chips – which provide long-term data storage – had started to come down significantly and said server customers were also buying more DRAM chips from late in the second quarter. DRAM chips provide devices with temporary workspaces and allow them to multi-task.

“Server demand is expected to increase gradually as customers adjust their inventory levels and resume purchasing, while PC demand is also likely to expand,” Samsung said in a statement, referring to DRAM demand.

The mobile business booked 1.6 trillion won in quarterly profit, down 42% from a year ago, weighed by slower sales of flagship models and increased marketing expenses.

Samsung is betting that two high-end mobile product launches in the second half – including its first foldable device – will revive profit, but weakness in the global smartphone market is likely to limit any upside.

Global smartphone shipments fell 3% in the second quarter, according to research firm Strategy Analytics, while Samsung boosted shipments by 6.7% and stayed on top with a 22% market share.

Arch rival Apple Inc (AAPL.O) on Tuesday reported another quarter of lower iPhone sales but boosted overall revenue thanks to the rising contribution from content services such as music and apps, which Samsung lacks.

Samsung’s Galaxy Fold phone will go on sale from September in selected markets. Analysts say headlines about glitches with sample Folds will dampen consumer excitement around the launch.